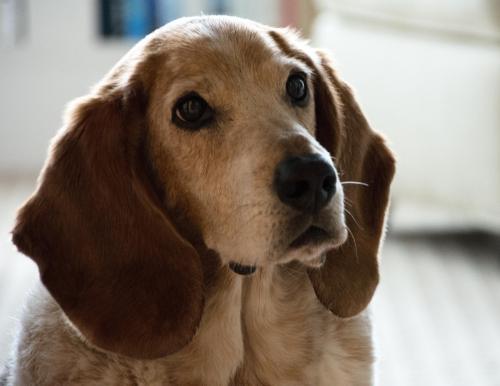 This week I was particularly aware that our sweet Stuart is getting grayer and slower. He’s almost thirteen, so this is no great surprise. But I had a sudden pang when I realized he will not be with us too much longer. He still likes eating and going for walks, and from time to time wants to play with the tennis ball, but only for a bit. He still really likes being petted, as I like petting him. It’s a good thing now and again to pause to note how precious this short time together with a good friend is. 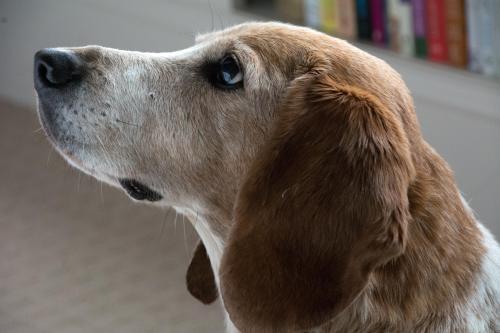 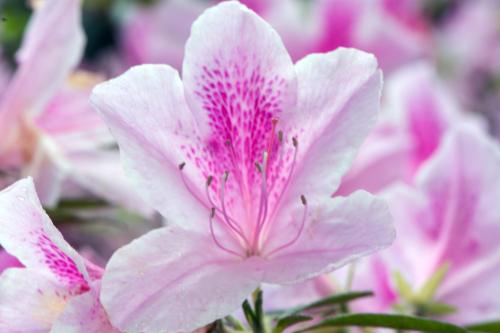 Duke Gardens. On Saturday morning I drove over to Durham to visit Duke Gardens. It started to rain just after I arrived, so I took along an umbrella and tried to keep my Nikon from getting too wet. The rain fell gently, and the gardens were very peaceful and beautiful. This is a place I would love to live if I were a plant. The azaleas were spectacular. In the terrace garden, the tulips were gone, replaced by a wild profusion of white irises, orange poppies, and many colorful spiky and flowing flowers I could not name. 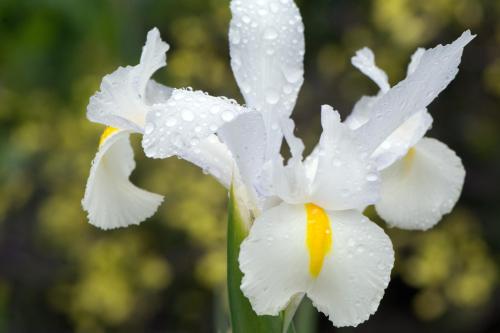 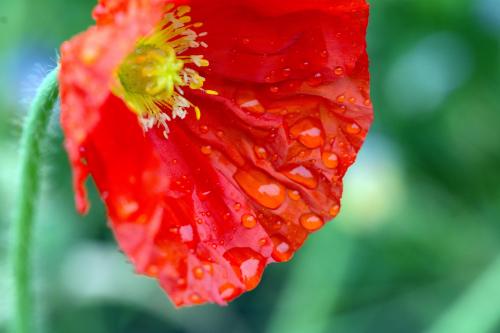 N.C. Opera. On Sunday we saw and heard the final performance of N.C. Opera’s new production of Don Giovanni. It was excellent! It really is hard to believe that we’ve got opera of this quality right here in the Piedmont. The singers were all young, but they all were well-trained musicians with depth and maturity.

I was particularly struck that all three sopranos had gorgeous and powerful voices, and big personalities. Hailey Clark (Donna Elvira) was probably my favorite for the beauty of her tone, but Alexandra Loutsion (Donna Anna) was also a wonderful singer, and Jennifer Cherest (Zerlina) was quite charming. Adam Lau (Leporello) had a fine bass-baritone and good sense of humor. Jeongchelo Cha was Don Giovanni, and ultimately delivered a convincing performance of this deeply flawed but fascinating character. 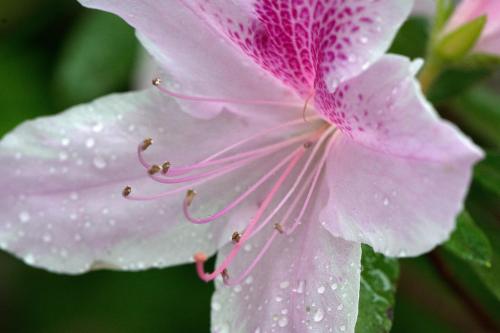 Snowden reconsidered. I finished reading No Place to Hide, by Glen Greenwald, about breaking the Edward Snowden story. Parts of it read like a Le Carre thriller, but the main points are highly thought-provoking. As the real events began unfolding almost two years ago, it was unclear to me whether Snowden was a kook or fanatic, and whether his disclosures had done more harm to America than good. Greenwald’s book makes clear that Snowden was careful, thoughtful, and idealistic, and his revelations were considered ones that showed that our security apparatus has pushed aside and undermined some of our most important constitutional values. He makes a strong argument for viewing Snowden as a patriot.

It may well be that the NSA folks looking at our personal electronic information mean well, supposing that they might find hidden terrorist threats and suchlike. But even if their work was productive and effective (which it hasn’t been), it is corrosive.

The consciousness that we might be being watched is very close to the consciousness that we are being watched. In either case we lose an important component of personal freedom. Consciously or not, as we come to understand our electronic lives may be constantly monitored, we modify our thoughts and behaviors. We become more passive and compliant. Both our inner lives and our social lives are deprived of oxygen. This is a psychological force that is hard to resist, though of course we need to try. 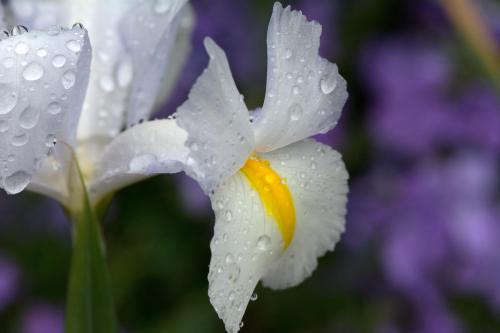