Big birds at Crabtree Swamp, and a first spin class at Flywheel 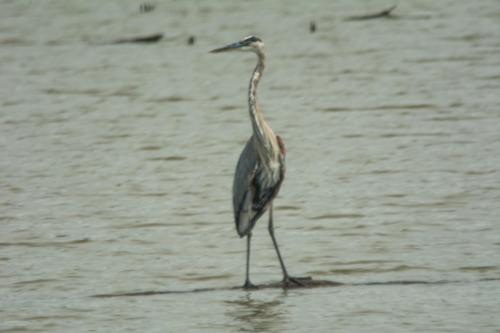 There’s a wide-but-shallow wide body of water to one side of Raleigh Boulevard which is fed by Crabtree Creek. It has no official name that I can find, so I’m hereby naming it Crabtree Swamp. CS is worth knowing about if you enjoy seeing birds, turtles, dragonflies, and other creatures. There isn’t usually much drama, though I once saw a doe leaping and splashing in desperate flight from a pursuing buck. It has a long boardwalk over it that allows for good views into the woods and out over the water.

Sally had mentioned to me that she’d taken Stuart (our dog) for a walk up there recently, and seen a great blue heron and a great egret. They were still around fishing when I got there with my equipment last weekend. I used my long Sigma zoom lens (150-500 mm) with a 2x tele converter, a heavy set up that required a tripod.

Both birds would stand frozen, watching, for periods, and then move almost imperceptibly, and then, suddenly, they would radically change shape and position. A hundred yards or so away, I stood on the boardwalk for well over an hour, watching them, working hard to get them in focus with proper exposure, trying to anticipate their next phase shift. It was absorbing. 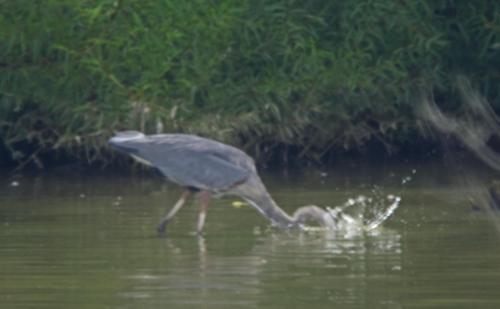 Happy as I was watching these brilliant creatures, later that day, when I downloaded the 423 new images, I wasn’t thrilled with the quality. Alas, I’d forgotten to switch on the lens’s image stabilization system. In any case, there were a few photos I liked enough to share.

In contrast to the subtle joys of trying to capture the essence of the big birds, also last weekend I tried a new spinning experience — Flywheel, at Cameron Village. I liked it. Whenever I try to describe spinning to a non-spinner, I realize it sounds a little crazy. The basic situation is, you ride on a stationary bike as ordered by an outrageously fit teacher to thumping club music. What’s to like? Well, it’s an amazing workout. You quit thinking, just follow orders, listen to the music, sweat, become one with the class, and feel the endorphins.

The new Flywheel operation has been successful in New York and other cities, and I can see why. They let you pre-register and reserve a bike. They figure out if you’re new the moment you walk in and take care to show you the ropes. They provide special shoes, towels, lockers, and (a great idea – it’s loud) earplugs. The bikes are set on risers, stadium style, and they’re nice, heavy non-vehicles that have digital read outs showing the amount of effort you’re putting in. 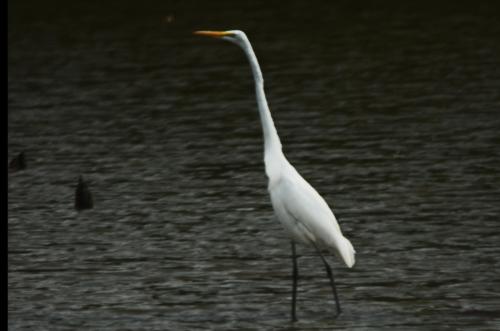 Once the class starts, the room is dark. You can see the teacher at the front (very fit) and also a screen that lists (if you opt in) your units of effort relative to those of others. Yes, there’s a kind of race – who can spin the hardest? At the end of the 45 minutes, I managed, barely, to come in second (one unit ahead of the next male down). I felt tired but good.