Beautiful dragonflies, an unlikely soccer victory, and my hand injury

I spent some quality time this weekend with my camera looking for dragonflies. They are amazing aerialists, with the ability to hover, fly backwards and upside down, and attain speeds upwards of 30 miles an hour. They eat mosquitos, among other prey. Their eyes are the largest in the insect world, taking up most of their head and allowing them to look in all directions. And up close, some are quite beautiful. At the boardwalk over the swamp at Raleigh Boulevard, I found great blue skimmers, common whitetails, Halloween pennants, along with others who buzzed about but declined to perch for a picture. At Lake Lynn, I found a particularly cooperative blue dasher, who did a series of quick poses for me, three of which are below.

We got to see some high-grade soccer up close and personal this week when the L.A. Galaxy came to town to take on our Carolina RailHawks. The contest was part of the U.S. Open Cup, with the winner advancing to the round of sixteen. The Galaxy had been beaten twice before by the RailHawks at home, when they’d failed to send their top players, so this time they showed up with their stars, Landon Donovan and Robbie Keane.

We won! Even to my inexpert eye, it was clear that the Galaxy was the stronger team, dominating in possessions and shots on goal. But with a determined defense and heroic goal-keeping by Scott Goodwin, the RailHawks survived the first 90 minutes with a scoreless tie. They finally broke through with a powerful score by Daniel Jackson in the first of two fifteen-minute overtime periods. The moral of the story? Sometimes you win even when your opponent has superior resources. You may as well give it a shot, since the competition may stumble or you may exceed expectations — you never know. Anyhow, it was fun to see world class athletes competing, and satisfying to somehow come out on top. 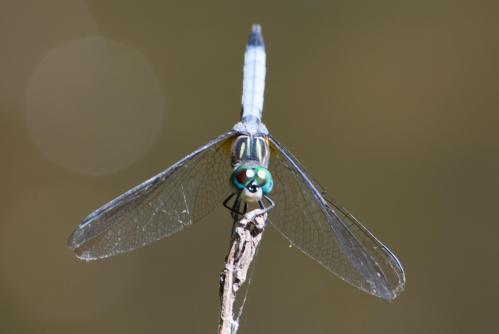 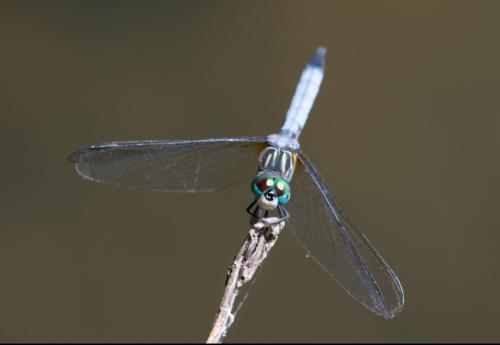 I’ve been more-than-usually conscious of physical limits these last few weeks since hurting my hand during our holiday in Dominica. The accident occurred because of my unreliable depth perception, which stems from my retinal detachment last year. I was stepping onto a boat to go whale watching and thought the deck was six inches higher than it was. That is, I put my weight on thin air – then went down hard. All this happened fast, so it’s hard to be sure, but it’s likely I tried to protect my D7100 as I fell. Anyhow, I didn’t catch myself with both hands, but rather went down on my right hand, twisting it backward. Afterwards, it swelled up like Micky Mouse’s, and hurt a lot. But it was still usable, so I figured it was no worse than a bad sprain.

But after seven weeks, it was still hurting and weak. I could play the piano, but not with my usual gusto – loud octaves in Liszt pieces were painful, and twisting movements and trills did not work well. Certain simple daily tasks, like opening jars and buttoning buttons, were difficult. I wasn’t making much progress, and decided to go to a hand specialist. 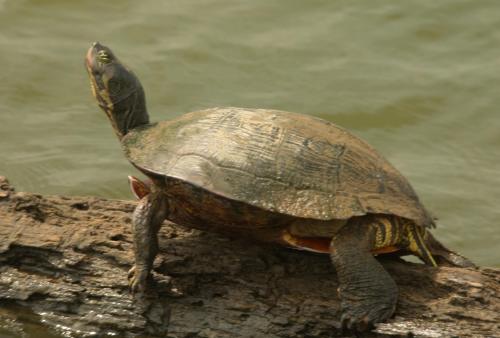 Dr. George Edwards of the Raleigh Hand Center took some images and quickly diagnosed a radial collateral ligament tear in my middle finger. He taped it to my forefinger and instructed me to stay taped for the next few months. There’s a chance it will heal up, but an equal chance I’ll need surgery, and the surgery would involve many weeks of recovery. Meanwhile, no piano, and no golf.

I was shaken to hear this. The idea of hand surgery actually scares me more than eye surgery (of which I’m a battle-scarred veteran). Losing mobility in the middle of my dominant hand would be serious. In particular, losing the ability to play the piano would be catastrophic.

But I soon noted that my hand pain was mostly gone from the tape job, and I decided to focus on the 50 percent chance that everything will be fine. It will be challenging to maintain my usual good cheer without my usual daily dose of keyboard therapy, but I’ll do my best. I’m thinking that I’ll try to burn off some of my musical energy by working on my solfege (sight singing) and other listening skills.

Speaking of more cheerful things, here are some photos I made on Friday evening at Raulston Arboretum of bees hard at work. 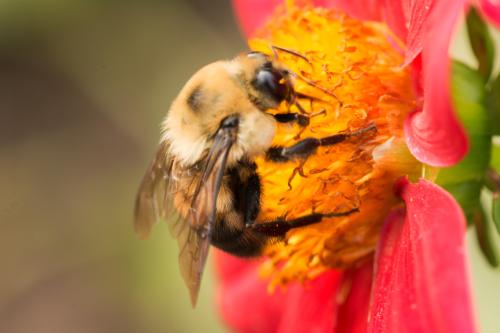 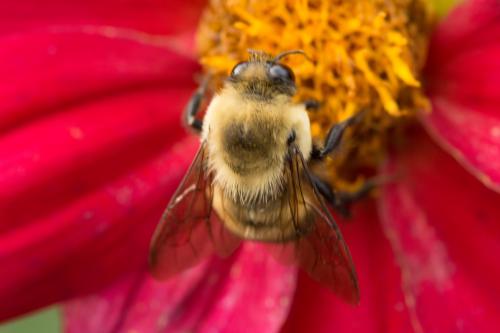