Notre Dame, Our Planet, and some very small scenes

Like millions of others, I was shocked and saddened by the devastating fire yesterday Notre Dame Cathedral    I lived in Paris for a few months right after college, and visited the church many times. I loved the beauty and majesty, but there were other, quieter aspects that also moved me.  I liked to think about the anonymous builders who carved and laid the gray stones starting in 1160.  It was built to last!  It showed the strength of human creativity and of what communities could achieve together.

It will take some time to mourn and process the terrible damage to this historic treasure.  For now, I find it helpful to remember that communities can be amazingly resilient, and they are capable of remarkable feats of restoration.  There are many examples in Europe of unique buildings destroyed in WWII that have been miraculously recreated. It may be that this loss will inspire another such effort, and demonstrate again the power of communities.

We’ve started watching the new nature series on Netflix, Our Planet, which I highly recommend.  Narrated by the legendary David Attenborough (now 92!), it sets a new standard for beautiful nature photography, including footage of rare and wonderful animals and habitats.  But, as the Times critic pointed out, it departs from the usual conventions of nature documentaries by being both richer in its ecological vision and more frank in its damage assessments.  It recognizes that the smallest life forms are inextricably linked to the largest, and all are part of a dense interconnected web that humans and other animals depend on. 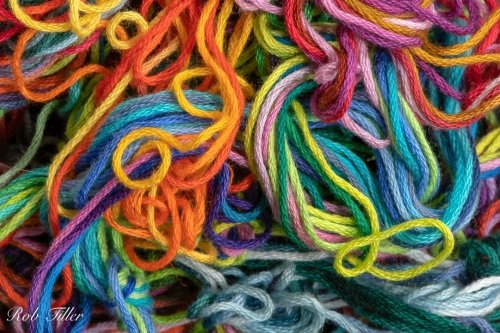 The series faces up to the harsh reality that humans have already wreaked enormous damage on the planet, and are continuing to do so. In the series, and also in public statements, Attenborough and producer Alastair Fothergill have communicated that as dire as the situation is, there’s still hope, and a lot of nature that we can still save.

Last weekend I went to Durham for a workshop led by Mike Moats on macro (that is, close-up) photography.  Mike gave our group a lot of tips and ideas, and brought along groups of little objects for us to shoot. I’m generally much more interested in using my camera to explore the natural world, and I approached these subjects with low expectations.  But back home after I sorted and processed the images (using Lightroom, Photoshop, and Topaz Studio), I found there were several I kind of liked, which I’m sharing here.