The eagles at Shelley Lake, looking for wildflowers, finding conspiracies, and new music 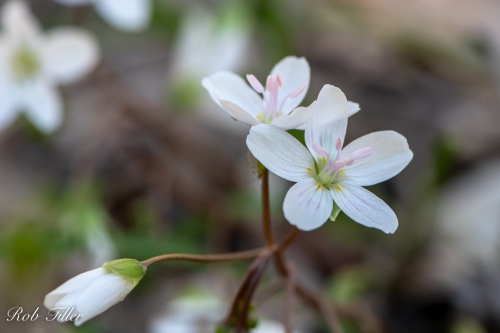 Things are blossoming like crazy here, and I’ve been itching to spend some time outside with the beautiful plants and animals.  In the last few days, I’ve succeeded, and had both good luck and bad luck with my camera.    The good luck was at Shelley Lake, where the two adult bald eagles came out of their nest and posed nicely for pictures.  There may well be a couple of eaglets in the nest, as someone said. The area near the nest has become a little social center for nature photographers, bird watchers, and assorted other humans.  It was fun chatting about the birds, and seeing the excitement when people saw them for the first time.

On Friday morning I took a vacation day and went over to the UNC Botanical Garden to see what was blooming and to get a special pass for Mason Farm Biological Reserve.  I was hoping to find unfamiliar wildflowers. When I got there that my camera battery was almost dead (due to taking many eagle shots), and I’d forgotten my backup battery.  The creek was too high to get well into Mason Farm. So, bad luck, but I did find a few interesting wildflowers, which I admired and photographed.

Later I met Gabe Tiller in Chapel Hill for lunch at the Mediterranean Deli.  The falafel, hummus, and baba ghannouj were all delicious! We caught up on family and work news, and I walked him back to work.  Then I made my way to the UNC Arboretum. Traffic on Franklin Street was busy, and I was lucky to find parking at the planetarium.  There were a lot of blossoms at the arboretum which inspired photographic ideas, but my battery gave out after three shots.

On Saturday morning, after visiting the eagles, I drove over to Durham to see the flowers at Duke Gardens.  I’d seen on Instagram that the tulips there were blooming, and that spectacular collection always brings me joy.  But lots of other people had the same idea; the traffic was crawling. After some slow poking through the various lots, I admitted defeat and drove sadly home.

On the way back to Raleigh, I listened to an episode on This American Life about conspiracy theories.  It’s a timely topic, with Donald Trump declaiming loudly that there was no conspiracy involving him, but there are plenty of conspiracies involving his foes.  As one of the program’s segments noted, for fans of anti-government conspiracy theories, everything Trump says makes perfect sense.

Not being such a fan, I’ve assumed that such ideas, however nutty, are mostly harmless.   But my harmlessness hypothesis  was shattered by reports this week by reporting on Alex Jones and others who have decided to believe that the murder of 28 school children and staff  at Sandy Hook Elementary School in 2012 was a hoax. In a podcast of This American Life,  I learned that these people have conducted sustained harassment of the parents of murdered children, including sharing their addresses and personal information and threatening them with violence.

I have a hard time conceiving of how anyone could get disconnected enough from reality and human decency to attack people based on their being the parents of murdered children, but I’ll try.  1. Humans have a deep-seated drive to find explanatory patterns, and a deep aversion to uncertainty and disorder. 2. Finding a group of people who share your beliefs is satisfying, for it is our nature to want friends and allies.  3. It is surely satisfying to believe you have grasped an obscure truth that only a few can fathom. 4. You may get into a feedback loop: those who resist your conspiracy theory are part of the conspiracy, and their efforts to unpack your theory are attacks on your group and proof of the theory’s validity.

At any rate, I’m guessing that’s part of how people get to believing in a flat earth, UFOs, the Illuminati, and any number of other fantasies.  But for most of those, I’d expect there’s some hedging. If it came to actually doing violence, physical or psychological, in support of the theory, many people would say, hmmm, I might be wrong, and that germ of uncertainty would hold them back.  It probably takes a big mouth con artist like Alex Jones or Donald Trump leading the charge to overcome those doubts. That may take the group over the edge.

This is sick and scary stuff, and it shows no signs of going away soon.  But some good news: as reported in the NY Times and Washington Post, some of the targeted parents have sued Jones for defamation.  As flawed and error prone as our system of justice is, it’s good to think it’s still there, and may well shut down this particular madness. 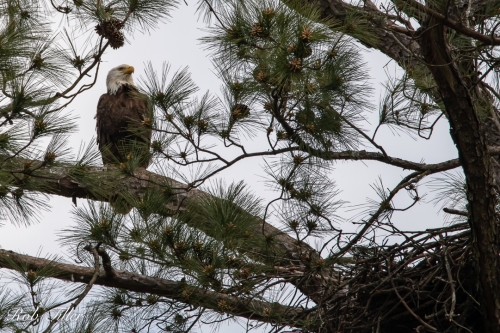 This is one of the things I like about spending time with non-human animals and plants:  at a fundamental level, they’re truthful. This week I started another book about animal feelings and intelligence:  Moma’s Last Hug, by Frans de Waal. De Waal is a psychologist at Emory University, who wrote Are We Smart Enough to Know How Smart Animals Are? which is a good overview of recent research that is transforming ideas about the limits of animal intelligence.  His new book contends that the emotional lives of some animals are not so different from ours.  Most dog owners already think this, and it’s interesting that science is catching up.

At my lesson that afternoon with my piano teacher, Olga Kleiankina, she invited to be an audience of one for her run through of most of the program she’ll be performing next week at the Smithsonian Institution, and after that at the N.C. Museum of Art.  The works were all by living composers, including Ligeti, Salonen, and Crumb. The music was challenging for both the performer and listener, requiring great virtuosity and intense attention.  Lacking the traditional binding agents of tonality, performer and listener had to find other orientation points. I didn’t love everything, but I really liked most of it. As she noted, the music could open things up, and make you listen to other things with new ears.

That evening, I discovered on Spotify a wonderful recording of Mahler’s ninth symphony streaming performed by the Essener Philharmoniker led by Tomas Netopil.  It was an excellent orchestra, and Netopil (Czech, b. 1975) was brilliant. And kudos as well to the gifted recording engineers. I’ve enjoyed this music for decades, but felt like I was hearing it for the first time.  I knew nothing of that orchestra, but checked: Essen is the ninth largest city in Germany. Interesting coincidence!