Getting overheated, and looking around New York 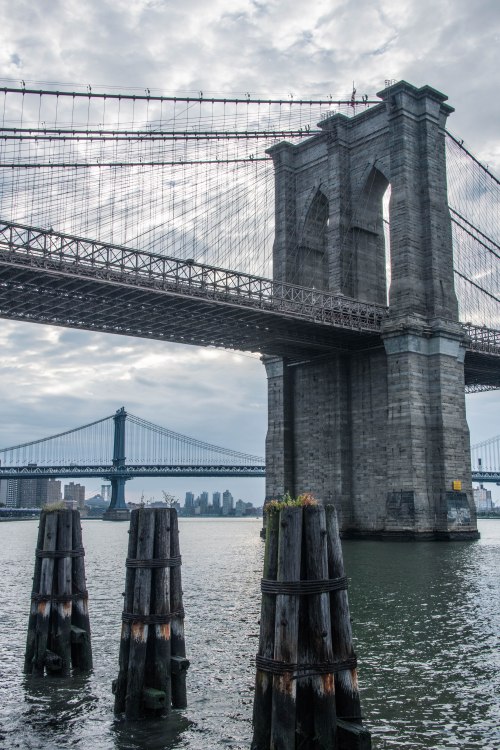 Our air conditioning was out again for several days, and it was a tough, with temperatures in the 90s.  Our first repair guy said our unit was dead, and proposed to sell us a new one he had in stock. We finally got a second AC guy out late this week for a second opinion, and he got it going in twenty minutes, and advised us we could either do a pricey repair or buy a new unit — for about $10,000 less.  We concluded with sadness that the first guy was a scam artist. He seemed really nice. But he may have figured we would get so hot and desperate that we’d go for his story — which we nearly did. 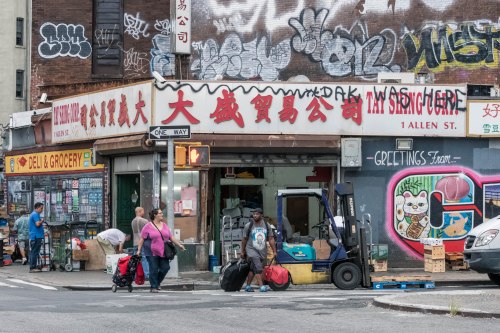 We escaped to New York  last weekend (Labor Day), where we stayed on the lower east side, a short walk from Jocelyn and Kyle’s place.  It’s a lively, funky neighborhood, with colorful graffiti. I got up early to walk along the East River, where there were good views of the bridges, and people fishing and doing exercises.  I also poked around Chinatown, Little Italy, and nearby areas. There were guys working hard unloading trucks full of carrots, potatoes, and onions.

I’d planned to look in the lower east side and Chelsea galleries, but most were closed for vacation.  I got the Guggenheim to see the Alberto Giacometti exhibit and One Hand Clapping, an exhibit of mostly Chinese artists.  At some point I’d formed the view that a little Giacometti went a long way, but I found more than I expected to think about in his work.  And I particularly liked the video work of Cao Fei about automation and artificial intelligence in Chinese factories.

I made a stop at the Neue Galerie to look at their collection of German Expressionism, and a joint exhibit of Gustav Klimt and Egon Shiele.   I also got over to the Whitney to see retrospective of the work of David Wajnarowicz. 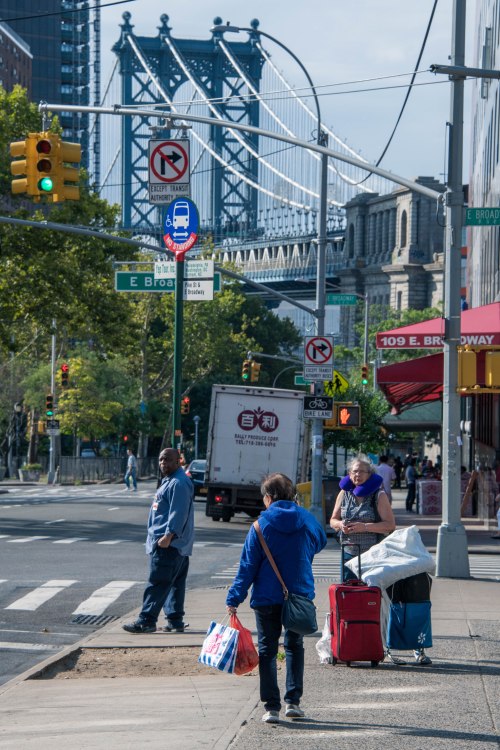 Jocelyn found us some fun bars and restaurants.  She also organized a brunch for us with Kyle and his mom, Debbie, and we really enjoyed getting to know her.  Joc also got us tickets to The Band’s Visit, a Broadway show about a small Israeli town that gets visited by mistake by a group of Egyptian musicians.  The musicians could really play! We liked the show.