We’d scheduled a diving trip this weekend out of Wrightsville, but it got cancelled because of bad weather.  We’d been looking forward to seeing some wrecks and fish, but so it goes. Instead we had some pleasantly uncommitted and uncrowded hours.

Yesterday morning I stopped by Raulston Arboretum with my camera to see what was blooming and buzzing.  I was surprised at how many new flowers were there, including these. The rain has stopped and it was cloudy — good photography weather. 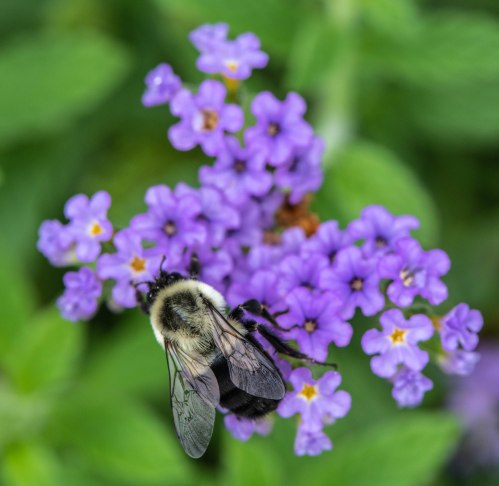 I also took a little extra time for meditating.  Lately I’ve been practicing sitting still for 15 minutes first thing in the morning, and focusing on the breath.  I find it’s helpful in reducing stress and anxiety, of which there is no shortage these days. It also unmasks some of the odd and funny things the mind will do.  I took a little refresher course on basic meditation techniques using an app called Calm, which was helpful.

We had a good dinner at La Santa, a relatively new Mexican restaurant a short walk from our apartment.  The place has a brash festive air, with murals of Santa Muerte, and current Mexican music. The menu doesn’t have a lot of vegetarian  offerings, but they had no problem making their fajitas without meat, which were tasty.

That night on Netflix we watched 13th, a documentary about the relationship of slavery and mass incarceration.  It notes that the U.S. has 5 percent of the world’s population but 25 percent of its prison population, and a disproportionate percentage of those prisoners are black.  The film also explores how politicians have encouraged and exploited fear of black people, with the wars on crime and drugs. I thought the editing was overly lively, but it was definitely worth seeing and thinking about.