My new crown, and notes on health and violence 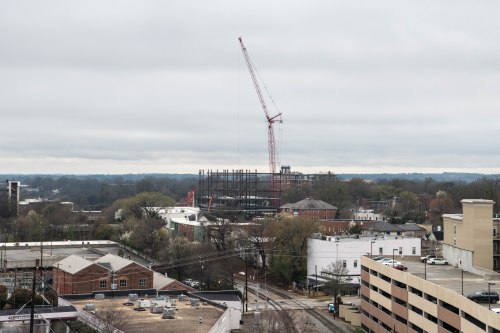 This week I bit the bullet and went to the dentist to get a crown on my bottom left molar (tooth number 18).  The filling in that tooth was worn out and starting to crack, and a replacement was needed. The procedure involved a lot of drilling.  The anesthetic worked, and the drilling wasn’t painful, but the noise, the burning smell, and the uncertainty were not pleasant. But it’s good to have operational teeth, and I am  grateful for modern dentistry.

I took my first yoga class in many moons last Tuesday morning.  I’ve been working out at the gym most mornings, but yoga fell out of my routine after a teacher I’d liked left.  Returning to Blue Lotus, just across the street from our building, I was reminded vinyasa is harder than it looks, but also more calming than it looks.  It’s good to contract and stretch, to move in sync with others, and to be reminded to breath deeply.

I suppose we could spend too much time on our bodily health, but for most of us, that risk is theoretical; we usually err in the other direction.   At times our bodies seem so solid, and at times so fragile.

There was a fascinating, though also gut wrenching, piece in the NY Times this week about the effects of an assault rifle shooting into a human body.  Guns like the AR-15 propel bullets at two or three times the speed of a handgun, and so unleash exponentially greater energy.  Five trauma surgeons described the gruesome effects of such bullets. They make a small entry wound, then tumble, exploding bones and causing widespread tissue and organ damage, and then tear a large exit wound.  One surgeon noted that seeing a victim of such a shooting is traumatizing for bystanders.

Kudos to the high school students from Marjory Stoneman Douglas High and elsewhere who have been making themselves heard on the  subject of assault weapons and other guns.  A lot of us who think the lack of reasonable gun laws is very bad policy have gotten discouraged and wondered if we’ll ever get anything positive done. These students are righteously angry, and they are hard to ignore.  They may be changing the terms of the debate.

Now if we could just get some of that energy focused on addressing the risks of thermonuclear weapons.  While assault weapons on public streets are very dangerous, the destructive potential of the world’s nuclear stockpiles, including the US’s, is incomparably worse.  Apropos, recently there was a short interview with Daniel Ellsberg, who worked as a nuclear strategist in the 1960s.  In Ellsberg’s view, only amazing luck accounts for our not already having had a nuclear apocalypse.

I started reading Ellsberg’s recent book, The Doomsday Machine, in which he recounts learning that in the early 60s, US war planners expected in case of any nuclear war to kill several hundred million people.  We know now that they underestimated, and that the blasts, fires, pulses, fallout, and famine from nuclear winter could well mean the extinction of all humans, not to mention many other life forms.

There are serious voices trying to get this issue on the table, though they get little play in US mainstream media.  A few weeks ago, the Bulletin of Atomic Scientists put the Doomsday Clock at two minutes to midnight   signalling the closest we’ve been to disaster since 1953 and the height of the cold war.   Last year 122 nations in the United Nations voted in favor a new treaty prohibiting nuclear weapons.  This year’s winner of the Nobel Peace Prize was the International Campaign to Abolish Nuclear Weapons.

This essay by the Bulletin of Atomic Scientists is well worth reading.  It explains that we need to de-escalate international conflicts and enter into nuclear control diplomacy. As the Scientists note, humans created this problem, and they can solve it.