A new floor disaster, a glorious chorus, the latest flowers, and provocative art by Abney 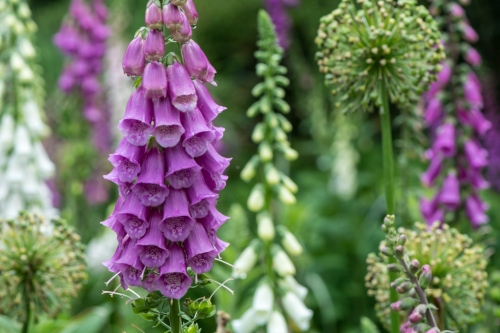 Last week we had a minor household disaster.  Sometime in the middle of the night, the dishwasher overflowed and got the hardwood floor well soaked.  Within a few hours, the floor was badly warped, and it began to sink in that we were going to need an entire new floor.  We’d just gotten new hardwoods 10 months ago, which involved lots of packing and hotel life.  We aren’t looking forward to more of the same, though there’s one improvement:  it looks like the homeowners’ insurance will pay this time.

On Friday we had a delicious Korean meal at Kimbap, then went to a concert by the N.C. Master Chorale.  The theme was war and peace, always a timely subject, and drew on music by Josquin (c. 1450), through Bach, Mendelssohn, and several living composers.  Some of the lyrics were poignant, and the musicianship was at a high level.  This is an excellent chorus!  Congratulations and many thanks to music director Al Sturgis. 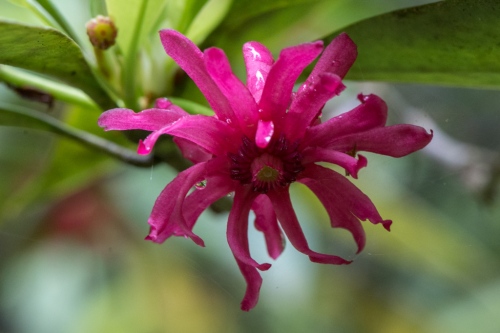 On Saturday morning it had just stopped raining when I went over to Durham to see what was blooming at the Sarah P. Duke Gardens.  I hadn’t realized it was graduation time until I saw a lot of families with their new grads in caps and gowns posing for pictures.  The flowers were completely different from my last visit, and I was a little sorry my early spring favorites were all gone.  Still, there were some beautiful things growing, and lots of birds singing.

On the way back, I stopped at the nearby Nasher Museum of Art , and checked out Royal Flush, a show by Nina Chanel Abney.  Abney is a young African-American artist, and she’s clearly interested in matters of race, but also in lots of other things, including mass media, gender, celebrity, state-sanctioned violence, and inequality.  She has a bright palette, and a broad visual vocabulary that includes abstraction and figuration.  In some of her work there is a lot of humor, but some is biting and dark.  It’s worth seeing.

At least it was for me.  What you get from an art exhibit depends a lot on what you bring to it.  If you invest some time in looking at art, you start to see more.

There was a report this week of an art prank in which students put a store-bought pineapple in an exhibition, which a janitor then covered by a glass case and became the subject of art criticism.  This reminded me of Marcel Duchamp’s famous work of 1917, Fountain, an ordinary urinal submitted for exhibit as a work of art.

Fountain was the subject of a show I saw last week in New York at the Francis M. Naumann gallery that presented 31 artists paying it homage.  I’d formerly thought of Fountain as a clever and outrageous stunt, which it certainly was.  But it was clearly more, or we wouldn’t still be thinking about it 100 years later.

Duchamp may have been getting at this:  art is not fundamentally about objects, but how we think about objects.  That is, the distinguishing characteristic that causes something to be a work of art is that we think of it as such.

While looking at art can change us in various ways and make us look at the world differently, we as viewers also are continually bringing art into existence, and changing its boundaries.  The more we are open to new experiences, curious, and brave, the more art can be generated.  At the same time, we keep growing.