Happy No Thanks Day

I like Thanksgiving as a holiday, because it celebrates things that really matter, like loving families, without too much rampant materialism. But this year the timing was unfortunate, so close to the Presidential election, which has left us feeling shaken. It seemed like time for a different holiday — a Day of No Thanks. Rather than celebrating gratitude, No Thanks Day would be about regret, worry, and resistance.

On Thursday, we had a bit of both Thanks and No Thanks Day. Sally made a delicious Mexican-themed all veggie Thanksgiving meal for our extended family, and we caught up on family news. But we also talked about some of the frightening things happening in our country, including the sudden emergence from the sludge of the so-called alt right.

Until recently, unabashed white supremacists seemed to be so far out on the lunatic fringe that they could safely be ignored. But now they’ve gone mainstream, and their preferred candidate just got elected President of the United States.

So what are these people? There was a fascinating and chilling interview this week with Richard Spencer, an alt-right leader, by Kelly McEvers on NPR, which is transcribed here. Spencer is poised and well spoken, and his ideas are absolutely poisonous. His animating political vision seemed to be apartheid — a country just for white people. He saw no problem with swastikas and Ku Klux Klan costumes.

The NY Times had a piece on the alt right this week, and tried to explain the difference between white nationalists and white supremacists. According to Eric Kaufmann, a UK scholar, “White nationalism … is the belief that national identity should be built around white ethnicity, and that white people should therefore maintain both a demographic majority and dominance of the nation’s culture and public life.

Is the “nationalist” label something more than a thin veneer for putrid racism and neo-Nazism? I doubt it. The Times reported that this week Spencer gave a speech attacking Jews and immigrants. He quoted Nazi propaganda in the original German and led cries of “Hail Trump” and “Hail Victory” (German: “Seig Heil”).

What’s this have to do with the President-elect? Well, he’s picked as his senior counselor and chief strategist Steve Bannon, who runs what he proudly claims is the leading communications outlet for the alt-right. Bannon is sly about expressing his personal views, but there is no subtlety about his Breitbart News: it’s unabashedly devoted to racism, sexism, homophobia, anti-Semitism, bizarre conspiracy theories, and fear mongering. 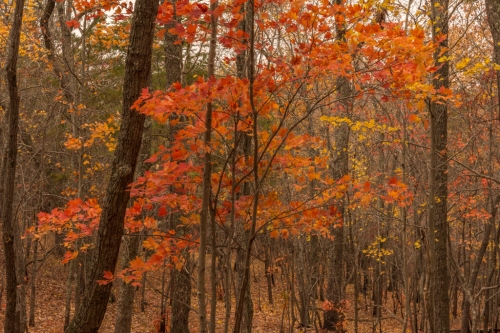 Bannon seems to have engineered the press campaign that ultimately resulted in the “Crooked Hillary” meme of the Republican campaign. This is laid out in an interview on Fresh Air of journalist Joshua Green. Using a “research” entity called the Government Accountability Institute, Bannon directed the collection of innuendo about the Clinton Foundation, which was then pitched to investigative journalists of the mainstream press. In effect, he hacked into the NY Times and other traditional media and planted an anti-Clinton virus. The non-stop drumbeat by Bannon and Breitbart — Benghazi! The emails! Lock her up! — unquestionably drove up Hillary’s unfavorable ratings, and arguably caused her defeat. Green’s 2015 piece on Bannon and Breitbart News is worth reading.

Coming back to Richard Spencer, at the end of the interview with Kelly McEvers, he said this: “If I had told you in 1985 that we should have gay marriage in this country, you probably would have laughed at me. And I think most people would have. Or at least – at the very least, you would have been a bit confused, and you would have told me, oh that’s ridiculous. The fact is, opinions do change. People’s consciousness does change. Paradigms are meant to be broken. That’s what the alt-right is doing.”

Well, he’s right about one thing: people’s ideas change. They can change for the worse, but also, as his example on gay marriage shows, for the better. A lot of white people, and other people, have put behind them the worst kind of racism and are trying to be conscious of and root out the more subtle kinds. The ascendency of the alt right may just be the death throes of an old sad culture that will soon be gone. But I’m not sure. Their combination of blazing ignorance and brilliance in media manipulation is new in our country. We need to keep watch.

Meanwhile, I’m trying to stay calm. I’m doing deep breathing, and taking walks in the woods. Trees, which can live a very long time, have a kind of wisdom. Being with them is peaceful. These new pictures are from Umstead State Park.