Visiting New York friends, and some new (to me) art and opera

I got up to New York City last week for the IP Counsel conference where I did a presentation on open source software legal issues. After the conference, I spent a long weekend in the city. It was great to see my sweet Jocelyn and some old friends, and to take in some new art and opera.

Jocelyn got a promotion at Macmillan this week, and was very excited. That’s three promotions in a year! She’s now a manager, titled Ebook Production Manager. She likes the company, likes the work, and is looking forward to the new role. We talked about the being a manager, among other things, as we tried some fun bars and restaurants.

Although opera is not Jocelyn’s most favorite thing, she agreed to come with me to the Met to see L’elisir d’amore (The Elixor of Love) on Saturday, and we both loved it. It’s a delightful confection of melody and feeling. The subject — romantic love — is forever young, and in Donizetti’s deft hands funny, painful, and touching. In this production, the bel canto style was alive and well, with astonishing vocal agility and sweet subtlety. Soprano Aleksandra Kurzak was a saucy and savvy Adina, very musical, and tenor Vittorio Grilolo was ardent, goofy, and then transcendent. As the doctor, Adam Plachetka was sublimely funny. Kudos to maestro Enrique Mazzola, who had great rhythmic flexibility and propulsive drive, and of course, to the fabulous Met orchestra.

Another night Jocelyn and I had a lovely dinner with my old friend Ben Brantley at Niu Noodle House in the Village. Ben and I met in junior high school and started out in NYC together, and with a happy combination of brilliance and hard work became head theater critic of the New York Times. It was good to catch up and hear his views on current shows, being a vegetarian, and other matters.

As to art, I saw several things worth mentioning. I recommend the exhibit at the Whitney by Laura Poitras, the filmmaker who made Citizen Four and other interesting works questioning the War on Terror. This exhibit is political in the sense that it puts in issue the programs of invasion, imprisonment, interrogation, assassination, and mass surveillance that grew out of the great panic following 9/11. It consists mostly of video clips, many of which must be viewed through slits in the wall that remind us of slits through prison doors. It invites us to engage with some disturbing issues, including the possibility of our being monitored at all times.

I also found enriching, if not exactly enjoyable, the exhibit at the Neue Gallery of the works of Edward Munch and German Expressionists. Munch appears to have been a tortured soul, and his works powerfully express alienation, melancholy, and angst. These are feelings that we generally try to avoid or suppress, and seldom discuss with anything but disapproval. But there’s truth in these works that we could benefit from facing. There were strong paintings of several other Expressionists who built on Munch’s bold early works, including Beckmann, Kirschner, Nolde, Kokoschka and Schiele, who were themselves iconoclasts, with energetic new psychological insights into some of our darker recesses. 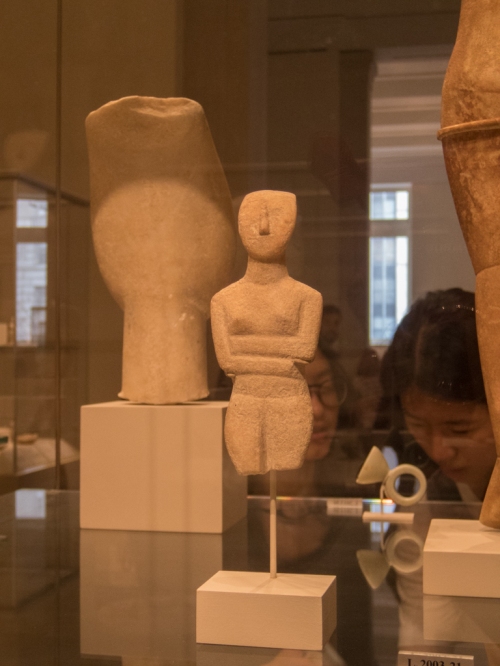 At the Edwynn Houk Gallery I saw a photography exhibit by Nick Brandt. On display were ten enormous (6-8 feet wide) black-and-white images of Africa, each with a billboard size photo of an African animal, such as a lion, elephant, or rhinoceros. The billboards were positioned where the animals used to roam, but have been replaced by human activity– factories, roads, and waste dumps. There are people in the images trying to make a living, including by picking through the waste dumps. I found the pictures very powerful, and tragic.

At the Brooklyn Museum, Jocelyn, Pam Tinnen, and I saw This Place, an exhibit of photographs about Israel and the West Bank. It included work of twelve photographers, some of whom did very large images of the people, cities, and stark landscapes. There was little direct reference to anger and armed struggle, but instead humanitarian efforts to comprehend the multiple facets of this complex situation. We also looked at the Assyrian and Egyptian art. 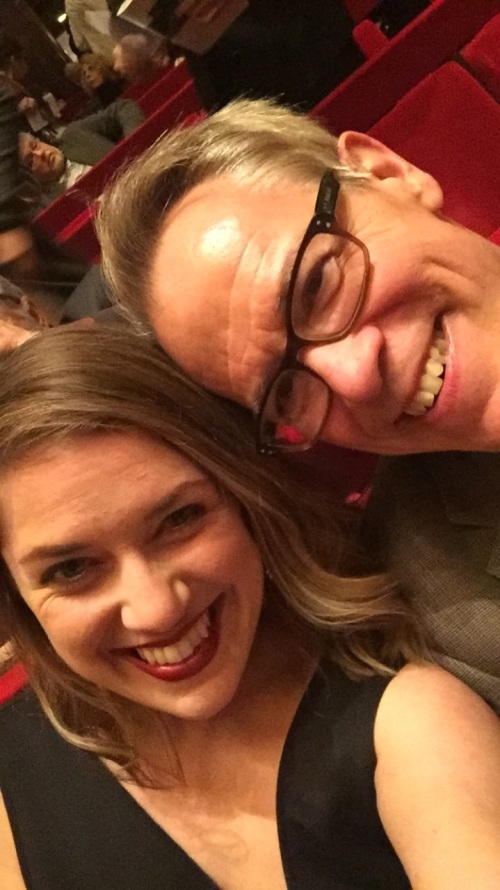 Finally, I checked out the new Met Breuer, which is what the Met has done with the former Whitney museum. The main current exhibit is about unfinished works of famous artists starting in the Renaissance and coming up to now. It was interesting from a process perspective (seeing how paintings of various periods were assembled). I was surprised to learn that there were few answers on why artists chose not to finish particular works, or even how they determined what was a point of completion. But I enjoyed a lot of the art, particularly works of Rembrandt, Cezanne, and Turner.