Izzie the cat took her last trip to the vet this week. After almost 14 years together, we were sad. Our pets enrich our lives and make us better, more loving humans, even the ones with mercurial moods like Izzie. One minute, she would be seeking affection, angelically purring, and hissing like a little demon the next. Of course, we probably seemed strange to her.

From time to time I tried to get her to do some modeling for me and my camera, but she never cared much for that. I cannot say that any of my photos quite got her essence. White with black splotches and wings, she was a strange, pretty thing. It will be a slightly different world without her.

Deciding to put down a beloved pet is a hard decision. We considered for a while the evidence of Izzie’s diminishing capacities and increasing behavioral problems, and balanced as best we could the pros and the cons. In the end, we decided it was a good time for her death. But there remains a little nagging discomfort, along with sadness. To actively take on the choice of life or death is unsettling, which it should be.

This week U.S. fighter planes reportedly blew up several dozen people in a Libyan terrorist training camp. The target was a single Tunisian individual I’d never heard of, Noureddine Chouchane, based on his participation in terrorist attacks in Tunisia. I found this disturbing. Assuming Noureddine Chouchane was a thoroughly evil person who committed heinous acts (we couldn’t possibly get that wrong, could we?), should we be the judges and executioners for all terrorist acts, no matter how far removed from the U.S.? And even if we can justify that, how to justify taking the lives of dozens of other people who, so far as we know, committed no crimes? Do we really think it’s OK to kill all potential terrorists (who are, after all, also potential future non-terrorists)?

The Times had a story this week headlined (in the print edition) “Scars Left by American Bombs Resist Fading, 25 Years Later.” The particular scar in issue was damage from our bombing of civilians in 1991 at the beginning of the Persian Gulf War. We dropped an especially powerful bunker busting bomb on a shelter in a middle class Baghdad neighborhood and killed 408 people, most of whom were burned alive.

I can see how ordinary Iraqis could find this a moral outrage. Wouldn’t anyone? Yet I had never heard of the incident before, and after digging through 25 years of Times coverage on Iraq, couldn’t find an earlier story about it. It makes you wonder whether there are some other military atrocities that even faithful Times readers have not heard about. 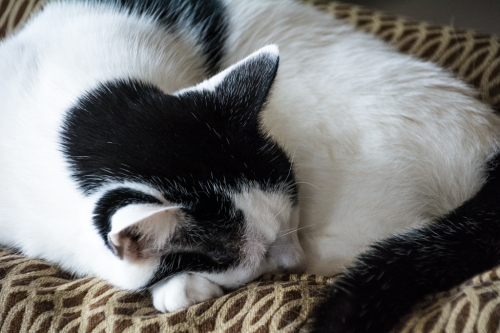 The Atlantic has a good piece by Peter Beinart titled “Why Attacking ISIS Won’t Make America Safer.” Beinart notes that most Americans favor attacking ISIS, but argues that history shows that our military actions in the Middle East have resulted in inceased, not decreased, terrorist attacks. He calls it “the terror trap”: the more terrorists we kill, the more terrorists there are trying to kill us. Beinart doesn’t say this, but I will: the military solution will not work.

On a lighter note: Saturday night we went to the new Carolina Ballet show, Love Speaks. It was delightful! The theme of romantic love never gets old, and it’s right in the sweet spot of this wonderfully talented company. Lynn Taylor-Corbett’s new work has a narrator providing some poetry of Shakespeare, and a sort of Elizabethan look, but also kind of jazzy, with quickly developing flirtations, fascinations, and jealousies. I really liked it. I also particularly enjoyed Jan Burkhard and Richard Krusch in the balcony scene of Weiss’s Romeo and Juliet. It was profoundly romantic.