Spinning, credit card fraud problems, and the tax system for the super rich

On Saturday morning I had a particularly good spinning outing led by Heather at Flywheel. The previous week was a disappointing one, when I tried hard to reach 300 but finished with a total score of 286.  It made me wonder if I’d finally started that long slide down to the bottom. But this week I finished first in the class with 341! My average heart rate for the 45 minutes was 157 — a record.  There was one guy who stayed close on my tail the whole way, and was just two points behind when the music stopped. Whew!

That afternoon, I had my monthly deep tissue massage session with Ken Katchuk (K2). Ken is really generous with his skills and time, and we set a new personal best: two hours and twenty minutes on the table. It was challenging at times, but we had a good talk about sports, movies, politics, and dogs, and I felt great afterwards.

One of the greatest of modern conveniences has got to be the credit card, which has greatly shrunk the time and distance between a wish and its fulfillment. How amazing to have a need or want, have an online merchant, have a credit card, and very quickly have that object of desire. At the end of this week, though, I had my Visa card declined, first at Happy and Hale (for a lovely salad), then at Hayes Barton Pharmacy, then at Fandango (movie tickets).

I called Capital One, and a cheery fellow in the fraud department read out several charges from Ft. Worth, Texas that were definitely not mine. He said someone had made a counterfeit version of my card. Anyhow, that account is now history. I’m happy Capital One detected the fraud promptly, and happy I won’t be responsible for the fraudulent charges. Still, it’s a bit of a pain, since I’ve got to get a new card and remember to pass then new number to various providers of goods and services.

I don’t suppose we’ll ever prevent all fraud, and we may even be headed in the opposite direction. There’s little doubt that our electronic transaction system is a point of vulnerability. There are highly skilled, ethically challenged people in front of computer screens all around the globe searching for ways to take our money. Thus I’ve gradually converted to non-obvious passwords. You do what you can. 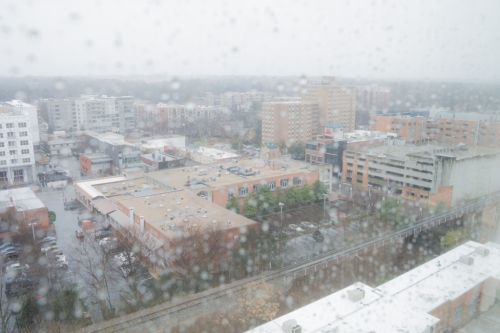 Speaking of systems and fraud, the Times had a significant piece recently about the corruption just below the surface of the US tax system. Here’s a bit from the beginning:

With inequality at its highest levels in nearly a century and public debate rising over whether the government should respond to it through higher taxes on the wealthy, the very richest Americans have financed a sophisticated and astonishingly effective apparatus for shielding their fortunes. Some call it the “income defense industry,” consisting of a high-priced phalanx of lawyers, estate planners, lobbyists and anti-tax activists who exploit and defend a dizzying array of tax maneuvers, virtually none of them available to taxpayers of more modest means.

Operating largely out of public view — in tax court, through arcane legislative provisions and in private negotiations with the Internal Revenue Service — the wealthy have used their influence to steadily whittle away at the government’s ability to tax them. The effect has been to create a kind of private tax system, catering to only several thousand Americans.”

The article gives various examples, and explains that the very wealthiest and their tax experts are continually devising sophisticated new schemes. These same people are also the biggest contributors to political campaigns. Could these facts not be related? Once you begin to get you head around this, you might (unless you’re in the one-thousandth percentile) start to get mad. It’s not fair.

So why is this not a huge political issue? I see two main reasons. 1. The existing candidates for the most part are complicit in the status quo. 2. It’s too complicated. That’s part of the point: the tax dodges are designed by experts to defy understanding. Just comprehending a single tax scheme (there are many such) is beyond the mental capacity of most of us, including the IRS, and we’ve got other demands on our time and brain power.

I should note that there’s one major exception among the presidential candidates, who is very focused on the unfairness of favoring the super rich in the tax system: Bernie Sanders. He’s put the issue of addressing inequality and eliminating their special tax breaks  front and center. And against all odds, he’s still in the hunt for the democratic nomination. I have trouble picturing him in the oval office, but I’m very glad he’s getting fundamental issues like this one onto the discussion agenda.