Dragonflies, playful mice, fearful crayfish, and an argument for personhood for animals

On Saturday I was thinking of heading to Raulston Arboretum to look at the latest blossoms and bugs, but Sally suggested I check out the doings at boardwalk over the pond off of Crabtree Boulevard. She’d found a shortcut to get there, and coached me through it. As she foretold there were some pretty dragonflies and damselflies.

This week I’m doing a round-up of animal news, some cheery, and some disturbing. Here are notes on playful mice, fearful crayfish, Your Inner Shark, and the struggle for legal rights of persons for animals.

Have you ever wondered whether mice like to run on exercise wheels? Scientists at the University of Leiden did. As reported in the NY Times, they put a couple of wheels in the wild and monitored with video cameras for several years. The results were unequivocal: the mice like to get on the wheel and run. They came “like human beings to a health club.”

The researchers seemed to be addressing the issue of whether forcing mice to run in laboratory environments was cruel, but the work also speaks to another issue: why run when you don’t have to? One scientist suggested it was no great mystery: “All you have to do is watch a bunch of little kids in a playground or a park. They run and run and run.” In other words, mice play.

In another apartment of the animal kingdom, researchers tested crayfish to see if they experienced anxiety. At the University of Bordeaux, crayfish who got a mild electric shock were timid and withdrawn compared to unshocked crayfish, who were more adventurous. But the shocked ones improved when they got anti-anxiety medication. Is this amazing? Not exactly, but it made me think for the first time about crayfish as creatures with emotional lives.

This week I finished reading Your Inner Fish, a Journey into the 3.5 Billion Year History of the Human Body, by Neil Shubin. Shubin is a palentologist and professor of biology and anatomy at University of Chicago. The book is about paleontology, genetics, and anatomy applied to the human body. It makes the case that the mechanisms of the human body all have predecessors in much more ancient creatures.

Shubin recounts his early experiences hunting for fossils and failing miserably. But eventually, his mind learned to distinguish tiny fossils from tiny ordinary minerals. He communicates the joy of scientific discovery in studying comparative anatomy and seeing the amazing similarities in body structure that run through all the creatures at the zoo – including us.

This is true not just at the level of large-scale architecture (creatures with heads, limbs, fronts and backs), but also with regard to the workings of subsystems like eyes, ears, and smelling organs, and sub-sub systems like tissue cells, and the systems for connecting tissue cells. Shubin approaches the body from multiple angles, extending all the way back to the first single-celled microbes of 3.5 billion years ago, and focuses on various levels, like the features we share with all vertebrates, those we share with all fish, and those we share with all worms.

I found some of the science, and particularly the genetics, tough sledding, but learned a lot. Our bodies are certainly amazing, but this is true of all animal bodies. Shubin made me see more of the connections between all living creatures, and the connections of all those creatures with the earth over the eons. 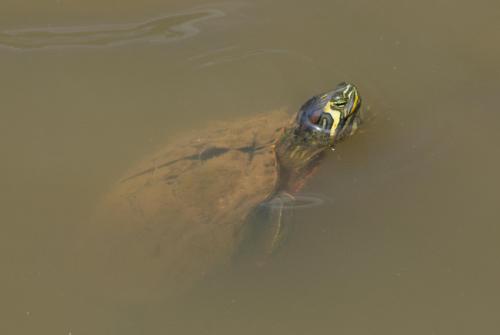 Finally, a couple of weeks ago I finished reading Rattling the Cage: Towards Legal Rights for Animals, by Stephen Wise. Wise is a lawyer who recently brought a habeas corpus action on behalf of a chimpanzee, and I was curious about his theory. His book is a useful compendium of the literature of non-human primate intelligence. He argues that the evidence of language, math, and other accomplishments of chimpanzees and other primates entitles them to be treated as persons with certain rights under the law. He includes quite a few stories of horrendous treatment of chimpanzees in laboratories.

Wise’s larger point is that the sharp dividing line in the law between humans and other animals is a relic of ancient times that is unsustainable in the light of science. His account of the ancient roots of jurisprudence classifying animals as chattel (mere things) is interesting. He does a good job challenging the traditional categories, though he doesn’t address all the difficult questions of breaking down those categories. He seems to understand that no matter how wrong legal ideas are, changing them is a long-term project.