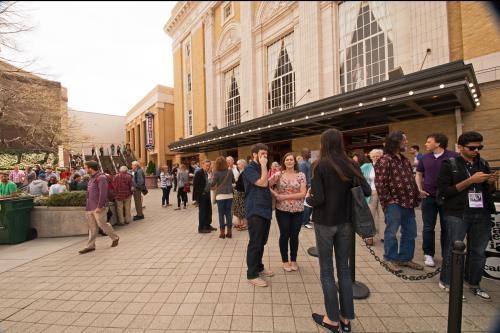 Kudos to the Full Frame Documentary Film Festival which ran from last Thursday through the weekend in Durham, NC. The Festival had five main screens on which it screened more than 100 films. There were lots of helpful volunteers, and things ran on time and from what I saw, mostly glitch free. Many shows were sold out, and the crowds were enthusiastic.

I like documentaries most when the makers are passionate about the subject but also trying to maintain their critical distance and integrity. Documentary filmmakers, like all of us, have their blind spots and biases. Objectivity is a fine ideal, but I don’t think it’s possible to tell a coherent story based on reality in any medium without filtering, editing, and reworking; reality is just too messy to present raw. And no doubt some filmmakers are consciously manipulative. But a lot of documentary people seem to work hard to be truthful.

This was, I think true of all five films we saw, which covered a lot of artistic, social, and political ground. Here’s the list, in the order we saw them.

1. Afternoon of a Faun: Taniquil Le Clerq, by Nancy Buirski, is about the famous ballerina with the NY City Ballet. She married George Ballanchine and at her artistic peak contracted polio and never danced, or walked, again. This will be of most interest to other balletomanes, but I very much enjoyed the archival footage of Le Clerq and other great dancers and the interviews with Ballanchine, Jerome Robbins, Jacques d’Amboise, and others.

2. Whitey: The United States v. James J. Bulger, by Joe Berlinger, was organized around the criminal trial in Boston last year of Whitey Bulger, the crime boss who controlled South Boston for decades and then eluded capture for 16 years. You may recall from press reports that the trial was somewhat bizarre, in that Bulger didn’t deny many of the criminal acts that the government was trying to prove, but used the trial to deny that he was a government informant (“rat”) – which wasn’t an issue in the trial.

Bulger’s point seemed to be that a lot of state and federal law enforcement officials were working for him, rather than the other way around. There was ample proof that at least a couple of FBI agents were thoroughtly corrupt. This wasn’t so surprising – one expects that every barrel will have a few bad apples, – but there were indications that the officials working with Bulger were numerous and included some in high places (like the U.S. Attorney’s office). This could explain how he was permitted to run his operation for decades, murdering numerous people and destroying the lives of many others, while Italian Mafia competitors were arrested and convicted. The story was complicated, but the over all impression was that the law enforcement system came off the rails, and may not yet be back on them. It was truly shocking. 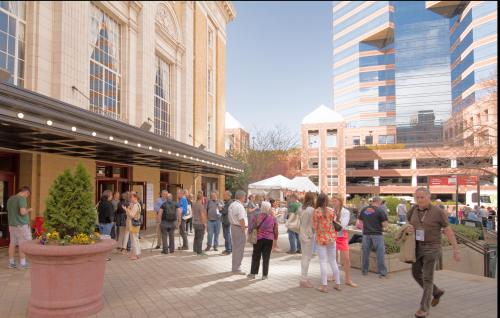 3. Freedom Summer, by Stanley Nelson, was about the struggle for Black voting rights in Mississippi, including the work by about a thousand mostly white college students who worked there in the summer of 1964. I knew these folks had been courageous and idealistic, but I hadn’t quite realized how harrowing things had been. The old guard racists were fire bombing and shooting at them, and killed three. The film was ultimately inspiring, reminding us that it may not be futile to work for political change in the face of difficult odds.

4. Ivory Tower, by Andrew Rossi, is about the structural problems of higher education in America, including dramatically risings costs, crushing student debt, deteriorating study habits, and confused mission (e.g. whether to get kids ready for the world of work, challenge them intellectually, or entertain them). I was particularly interested in the reporting new education models, incorporating MOOCs and hybrid approaches to teaching.

5. Rich Hill, by Tracy Droz Tragos and Andrew Droz Palermo, is an intimate look at the lives of three adolescent boys in a small Missouri town. The families were all working (at least at times) poor, and their situations were unsettled and frequently chaotic. With a lot of anger and despair, it was difficult to watch at times — almost too real, with no apparent good solutions.

In addition to the stimulating films, the food concession was good; I was very happy with my salad combo plate. There was an unfortunate postscript for me – I lost my iPad Air. I probably left it in the theatre on Saturday night. It has most of the books I’m reading on it, as well as many other things I care about. In short, it’s gotten to be more than just another computing device, but more like a little piece of me. I’m feeling a bit shaken to be missing it.