My quickie to Rio

I had a short work trip to Rio this week – down by the red eye on Sunday night, and back by the red eye on Tuesday night. Though I wasn’t looking forward to the long (9.5 hours from Atlanta) flight, there were several good things.

1. Pre-check. I got pre-check status on another recent flight, and this time I happily concluded it was not purely by accident. Pre-check means you can keep your clothes on and keep your computers bagged when you do the security line. For me, it also meant a much shorter line. Should I feel guilty about being such a privileged character? Maybe, but I don’t.

2. Zone two. For some reason I had my priority boarding status seriously downgraded this year, and have been put in zone three (the last group) on several flights. I’m always pulling a roll aboard and toting a knapsack, which means I need a significant chunk of overhead storage space. Boarding with the last group means all overhead space may be gone. This makes me a little anxious and grumpy. Getting zone two means a positive attitude adjustment, and there was more than enough space for my bags. Whew!

3. Use of electronic devices. Because of the recent FAA rule change, I didn’t have to turn off my tablet device and MP3 device when they shut the cabin doors or began the descent, and was able to use it throughout the flight. One of things I actually like about flying is the opportunity to do some reading and listen to music, but as more of my reading has migrated to the ebook format, the no-devices rule was a real inconvenience. So, one small step in the direction of rationality and happiness.

4. Delta’s Boeing 767-400. A handsome plane with four aisle seats per row and a reasonable amount of leg room, even in the prole seats. Delta communicated the regulation pre-flight data with a video that had some quirky understated humor. But they still include a careful explanation of how to fasten a seat belt. Really now, is there anyone who needs coaching on that? 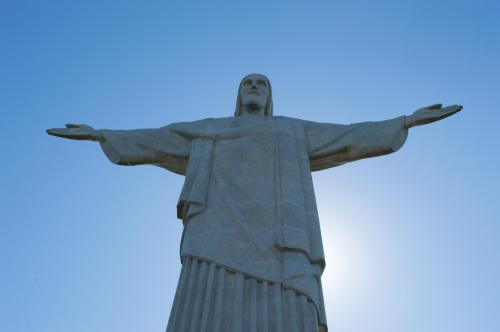 5. Zolpidem. I usually have trouble sleeping on planes, but 12.5 mg of generic Ambien really did the trick. I got a solid six hours. I considered getting one of those horseshoe-shaped pillows. I decided against it, based on the principle of when in doubt, leave it out (lighter is better when traveling). This was not a great call – I got some neck soreness from sitting-sleep. Next 9-hour-plus trip, I want that pillow.

6. Rio de Janeiro. After working late on Monday night, I finished with what had to be done early Tuesday afternoon, and got a quick tour of Rio. My guide was Mr. Fred, who didn’t speak much English, but was cheerful and a good driver. Highlights were the tram up to Sugarloaf mountain, the little train up to Cristo Redentor, and drive-bys of the big beaches, including Copacabana and Ipanema. 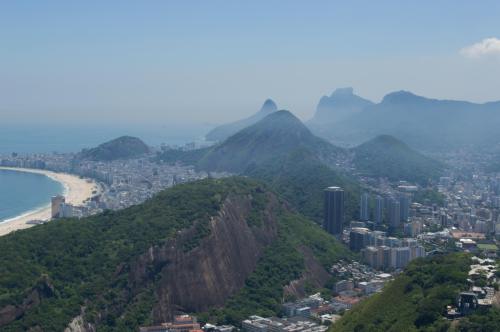 Rio is a sexy city, with lots of curves and indentations, as well as many upthrusting hard places. There are spots where you can see at one time mountains, forests, cliffs, massive high rises, giant slums, beaches, boats, and ocean. It is spectacular. 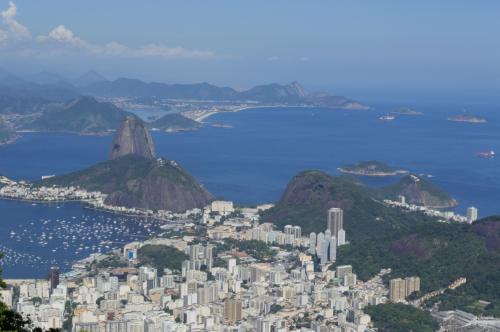 7. Girl with a Pearl Earring. I read most of Tracy Chevalier’s book on the plane, and liked it. I picked it up in preparation for a short trip to New York in significant part to see Vermeer’s famous painting of the same title. The book consists of a historically informed imaging of the possible backstory of the painting.

The girl narrates the story of going to work as a maid for the Vermeer household and becoming involved with the painter’s work. I learned some interesting things about eighteenth century Dutch domestic life and painting techniques, and also something about how to look at those remarkable paintings. I was surprised how involved I got with the girl, whose life was narrow in a way, but also rich in texture and feeling. Note, the movie of the book with Scarlett Johansson was enjoyable but no substitute for psychological subtlety of the book. 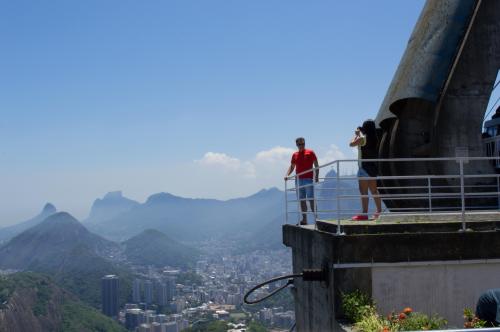