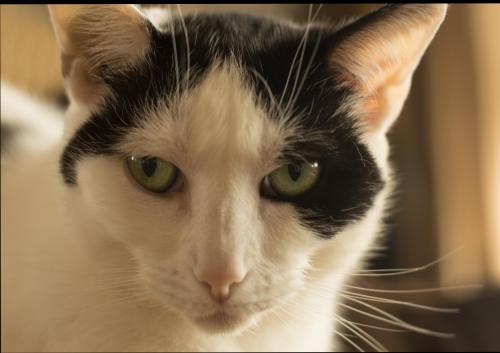 This week Sally spotted this bumper sticker: Life is a little better with a cat. That isn’t a very grand claim, which is what makes it appealing. “A little” seems about right. Our three (Phoebe, Isabel, and Rita) have been good sports in serving as my models.

I’m happy to report that my vision, while still blurry in the left eye, really improved this week. That eye is actually providing some useful signals for the first time in a long time. Also, my eye doc cleared me to resume normal exercise, and I happily did so.

After consultation with the ski friends, we agreed this week that the big ski event of 2014 would be a return to Telluride, Colorado, in February, where I’ll try to keep up, or semi-keep up, with young Gabe. And so at my early morning gym sessions I began focusing on some ski-oriented activities – lunges, side lunges, side kneel lunches, squats, with weights one-legged extension balances, duck walk with two big bands, step up onto medium table and balance, and jump up (landing softly) on the medium table.

I bought a speed jump rope and doing a few dozen speedy jumps between these activities, then worked on core matters with various species of crunches, reverse crunches, planks, and side planks. Finally, half an hour of straight cardio. I’ve been doing 10 minutes on the treadmill (with an incline), a few minutes on the ski (sideways push) machine, a few on the stairs (escalator type), and then some intervals on the elliptical. If there’s time after that, I’ll do 10 minutes of stretching and foam rolling.

I like using a heart rate monitor during work outs, which can confirm that I’m working hard, or at times show I’m not working as hard as I think. I got one when I began going to spinning classes, when I worried that keeping up with super fit young teachers could cause me to drive my poor heart into an extreme and dangerous state. But it’s gratifying to take it up into the red zone from time to time, which for me is in the 160s. I usually feel great afterwards.

My Polar heart rate monitor finally wore out this week For some months it had been behaving erratically, but I didn’t feel good about throwing it out while it was still sometimes working, so I was glad when it finally quit. I immediately went Googling to vet the options. I had some interest in finding a model that didn’t require a band around the chest, but learned that such models are not as accurate and do not give continuous read outs. I settled on a relatively cheap one, a Timex T5K541Personal Trainer, that did the two basic functions that I needed (tell the time and tell how fast my heart is going). I bought on Amazon, where as a Prime member I get free shipping, and had it two days later.

This isn’t quite instant gratification, but it’s close. I put this type of Internet retail plus efficient delivery in the pantheon of life-sweeting innovations, right up there with pay-at-the-pump gas, cash machines, and the lickless stamp. Amazon is now familiar, but we tried a similar new service for the first time last week called drugstore.com.

It does exactly what you’d expect. It has most of our preferred consumer products at normal drugstore prices, and can get them to us in two days. Shipping is free for orders of $35 or more. A bottle of Crew shampoo that I ordered had leaked a little in transit, but everything else arrived in a proper and timely manner. Ordering online made me realize I don’t particularly like chain drugstores, with all their household goods, toys, cards, and snack food. I’m perfectly happy to stay out of those places and just send out for the stuff. (For actual medical stuff, I do like my little neighborhood drugstore, Hayes Barton Pharmacy, where you still get the personal touch.)

Speaking of the constantly new, there’s a piece in the current New Yorker about the young tech entrepreneur scene in San Francisco. For those interested in tech business trends, this is a must read. (This link worked for me, but I’m afraid that non-subscribers will not be able to get it without paying.) The piece, by Nathan Heller, describes people who are starting one new business after another and working with a rock band, doing something arty, or going on meditation retreats in between their ventures. The very shape of business and finance is being transformed, getting smaller and faster. At the same time, the entrepreneurs are not only making money, but also having fun, and asking good questions about what makes life meaningful. 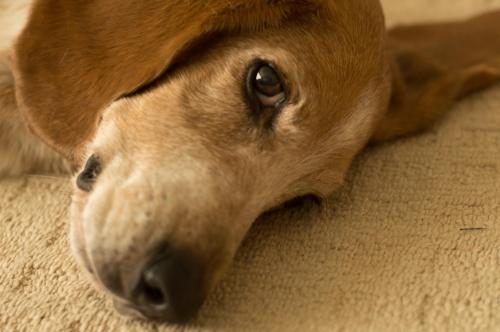