Diving out of Wrightsville — the good, the bad, and the ugly

We had a dive trip this weekend out of Wrightsville Beach with Aquatic Safaris. We were scheduled to go to two wrecks on Saturday afternoon, the Hyde and Markham, but rough seas prevented that. Plan B was the Liberty Ship, which sits just three miles offshore. Things were bumpy with some current, and I found my heart rate and breathing increasing as I went down the anchor line. There were still a few leftover thoughts of my near death experience of a few weeks back. 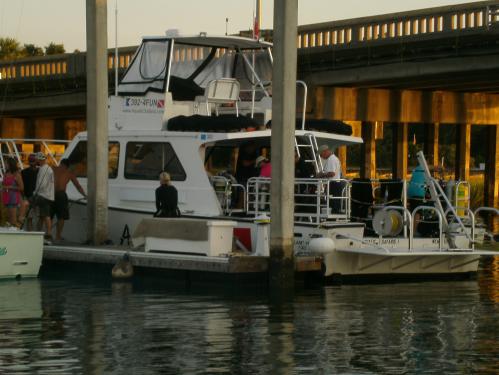 Visibility was quite bad – perhaps 5-10 feet. We followed a line laid out by the mate. There wasn’t much we could see besides the line. It was nice to be diving again, but this was not pleasant diving. The second dive was similar. There were several divers taking a wreck diving course who laid out lines, and we got their lines confused with the mate’s line at one point. We finally figured it out and made it back to the anchor line and the boat.

Saturday night we stayed in Wilmington with Sally’s sister, Anne, and went to Cichetti, an Italian restaurant. We had a nice meal and a lively conversation. We discussed Shakespeare’s concept of evil, Greek playwrights, and youthful experimenting with psychedelics and pot.

We also talked some about slavery, which I’ve been reading about in a new history of the pre-civil war and civil war period called Ecstatic Nation by Brenda Wineappple. The book brings vivid life to the 1850s when there were slave states and free states, and it was by no means clear which would ultimately prevail. It require real imagination to understand the pro-slavery viewpoint. Wineapple is certainly not pro-slavery, but she gives a sense of the incredible intensity and complexity of the struggle.

Early Sunday morning the skies were clear and calm, and the seas were calm as well. We left the marina about 7:30 a.m. and made it to the wreck of the John D. Gill in about an hour and half. The Gill was a tanker sunk by a German u-boat in WWII. Visibility was pretty good – perhap 50 feet. We saw several barracuda and thousands of small silvery fish, and we also spotted two large flounder.

For the last dive, we went to the Hyde, a wreck that still look like a ship, though with lots of things growing on it and lots of fish around it. Visibility was less good – maybe 30-40 feet – but the wreck itself was interesting, and we could see thousands of little fish, along with many barracuda. One sand tiger shark passed close by. 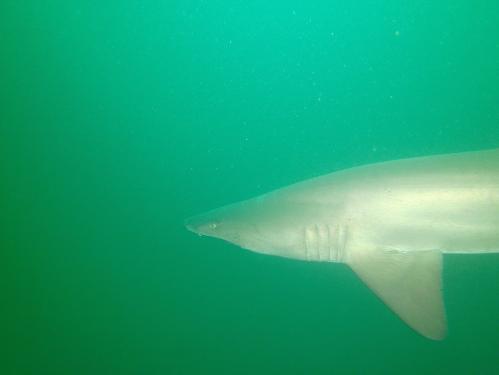