Cats and curiosity, humans and dishonesty

Isabelle, a/k/a Izzie, “The Wild One”

There was an amazing story in the NY Times last week about a house cat that got lost 200 miles from home and somehow found its way over unfamiliar territory to its human family. It sounds impossible, but apparently there was adequate proof, including a computer chip in the cat.

Sally dearly loves our cats — Phoebe, Isabelle, and Rita. She buys them toys, speaks babytalk to them, and lets them sleep on top of her. They make her laugh and coo. I admit they are beautiful, but I have never been as smitten. They shed hair everywhere. They periodically throw up hairballs and other sundries, usually at a prominent spot on a nice rug, and sneakily try to steal food from our plates. But for the last several years, most of the time I paid them little attention, and they did the same to me.

Lately, though, they’ve been wooing me. Rita wants to cuddle with me in the easy chair. Isabelle follows me to the bathroom and nuzzles my leg. Phoebe likes to get into my lap when I’m eating. They’ve gotten me to pet them more. They purr more. They haven’t tried to bite me in quite some time. It’s nice.

I tend to think of our cats as not very bright, even for cats, and mainly enjoy their grace. But they do have skills. They are wonderful at rapid acceleration and deceleration, and do amazing leaps. They seem at times to concentrate completely and at other times to relax completely. And they are extremely curious about anything new. They’ll thoroughly explore every new paper bag and box.

Rita, the sweet one

They’re getting older. Phoebe is now 12, Isabelle is 10, and Rita is 6. Perhaps age has a mellowing effect and accounts for their increased affectionateness. Perhaps they detected some change in me. There’s no doubt but they are working on me, and making some changes.

Still curious about how humans work and why we do do so many silly things, I finished reading Predictably Irrational, the Hidden Forces that Shape Our Decisions, by Dan Ariely, a psychology and behavioral economics professor at Duke. His style is a bit chatty, but some of the substance is fascinating. Working along some of the lines of Kahneman and Tvesky, he examines such problems as our difficulties in managing our money or avoiding unhealthy food and our inability to foresee the bad decisions we may make when sexually aroused.

One of the most interesting chapters describes an experiment designed to examine cheating. A control group took a simple knowledge test, and other groups took the same test with the answers “accidentally” provided to subjects. The basic finding was that a majority of those given a bit of temptation and opportunity to cheat did so. But Ariely found that the cheaters didn’t cheat as much as they could have. Instead, most cheated only a modest amount. There seemed to be some threshold beneath which the dishonest behavior was not particularly troubling, and above which it was.

There was an interesting essay by James Nortz in the current Docket, the magazine of the Association of Corporate Counsel, which describes some more of Ariely’s work on honest and cheating from his book The (Honest) Truth About Dishonesty: How We Lie to Everyone — Especially Ourselves. Nortz proposes that we view dishonesty as a universal human trait, but one which manifests itself according to varying circumstances. He suggests that facing up to these disturbing realities could help us design better compliance and ethics programs. 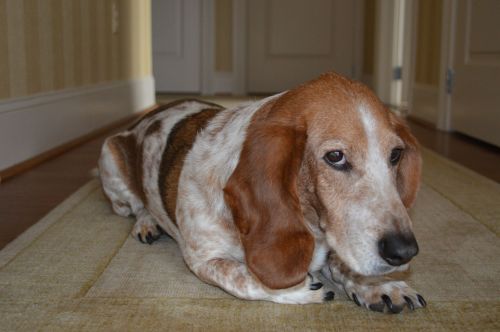