Beautiful diving in the Turks and Caicos 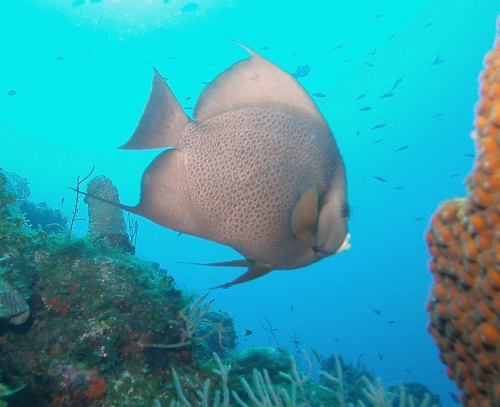 One of my resolutions for 2012 was to try something new, like a trip or minor adventure, once a month. I didn’t keep strict count, but I came pretty close, and the last trip of the year was novel enough to count for two. Sally and I opted out of the final feeding frenzy of Christmas and instead spent the holiday week staying under water as much as possible. We flew to the Turks and Caicos Islands, and boarded the Aggressor II, a 120-foot vessel designed to take about 18 hardy and fortunate souls on week-long scuba diving trips. It was a fantastic trip.

We saw reef sharks, sting rays, spotted eagle rays, barracuda, hawksbill turtles, eels, grouper, jacks, grunts, tangs, porcupinefish, trumpetfish, angelfish, butterflyfish, squirrelfish, spadefish, parrotfish, and many small bright tropicals. On night dives we saw an octopus perform for several minutes, as well as a performing eel, enormous crabs and lobsters, and beautiful varied coral. Our most exciting siting was a giant manta, not common in those waters, an enormous and powerful fellow. There were also plenty of the beautiful-but-highly-destructive lion fish. 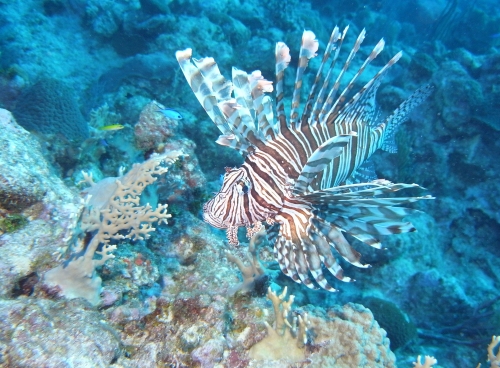 I got a tee shirt that says Eat Sleep Dive, which tells most of the story for the week. The schedule included five daily dives, including one night dive, from Sunday to Thursday and two on Friday, and I did all but one. We spent most of our time off of French Cay and West Caicos, with dives on the last day off of Provo. 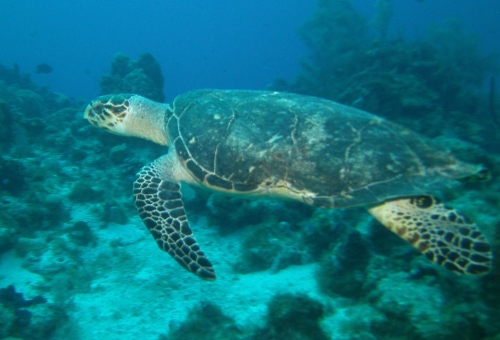 Most of the dives were wall dives, with a shelf around thirty or forty feet down dropping off mysteriously into the deep blue. My deepest dives were around 100 feet, but I spent most of my time in the 40-60 foot range. visibility varied but was for the most part reasonably good, with the best being about 70 feet and worst about 40 feet. Current was mostly very light to nonexistent. Bottom temperatures were mostly in the high 70s, which was OK, but there were a few chilly places (low 70s). Especially when the breeze was blowing, it was chilly getting out, and we were happy to use the yacht’s hot tub to warm up. 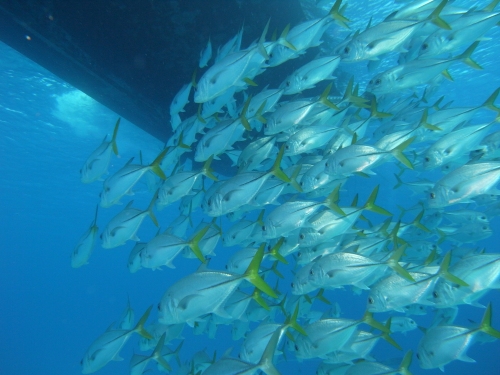 We had strong winds the day we arrived, which led to big seas on Saturday night as we left Provideniciales. I learned later that there were swells up to 10 feet, with an average of 7-8 feet seas. Per the crew and experienced passengers, this was unusually bad weather. Even fortified with Bonine, the up and down, sometimes with a corkscrew twist, was more than my stomach could handle, and I spent the entire evening hanging over the rail, about as miserable as I ever recall being. By Sunday morning, the seas were calmer, and I felt better, though my stomach muscles felt sore for the next couple of days. It stayed tolerably calm the rest of the trip.

In preparation for the trip, I’d been reading up on underwater photography, and I signed up for a short course on the subject taught by our captain, Amanda Bryan. Amanda was a good teacher (as well as a good captain) and gave me encouragement and quite a few helpful tips. My camera had issues, with the strobe at first refusing to fire, and then the camera refusing to charge, and I ended up using a loaner for the last half of the trip. 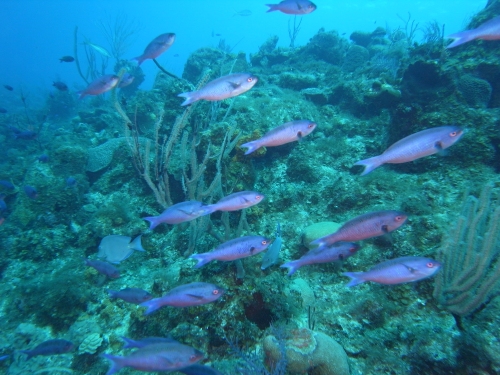 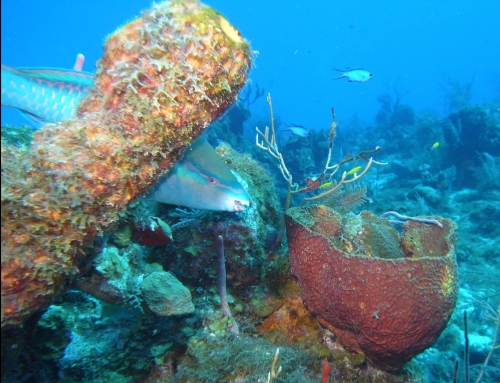 The reef environments we saw were really beautiful and abounding with life. One of our dive companions was a nudibranch enthusiast and inspired us to look for these and other small mollusks. This caused a shift in focus so that we saw more of the very small things. So much beauty! One could easily just bask in it. Photography works somewhat against the grain of that aesthetic and spiritual experience, because it’s necessary to think in a very left-brained way about technology and physics. I was glad I spent some of my time that way,though. I made a few images, shown above and below, that I liked and thought others might, too. 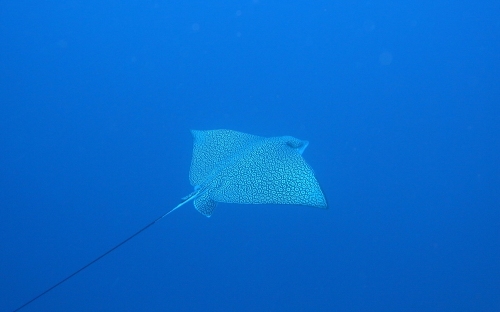