Thanksgiving in Nassau with sharks and Proust

For Thanksgiving we went down to Nassau, Bahamas, and did some scuba diving with sharks. I was looking forward to some time with Sally, Gabe, and Jocelyn, and also to the palm trees, beaches, and beautiful turquoise water. But we chose the destination in large part because of the abundance of reef sharks.

For those with long exposure to anti-shark hysteria (Jaws, cheesy nature channel specials), this probably sounds crazy. In fact, people do these dives safely every day. For me, there was some element of facing down an irrational inner fear, but the bigger driver was curiosity and a desire to experience a particularly beautiful force of nature.

We stayed at the Sheraton on Cable Beach, a large hotel with a white sandy beach, lots of curvaceous pools with waterfalls, palms, and plenty of deck chairs. The staff seemed friendly, though slightly shy. Restaurant service both in the hotel and elsewhere was surprisingly slow (except for Luciano’s, where the food and service were both excellent). One bummer: the food was much more expensive than I expected — about three times the price of equivalent meals at home. There was a casino, which we walked through, and where no one looked like an extra for Bond film. I tried, unsuccessfully, to comprehend why these people couldn’t find something more fun to do than just throw away their money. 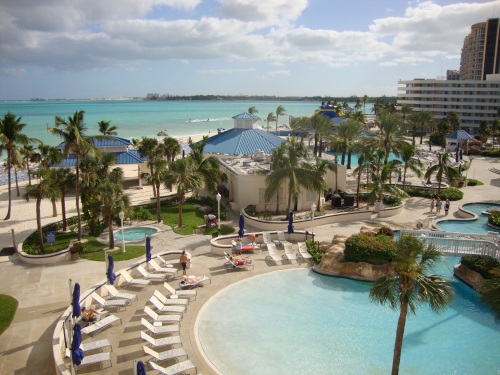 But there is no accounting for taste, and no explaining some of the strange things people like to do. Which brings me back to the sharks. Humans kill around 100 million of them a year (a substantial number of those by torture — cutting off fins for shark fin soup and leaving the fish to drown), whereas unprovoked sharks around the world account for around four human deaths a year. Of those exceedingly rare deaths, the perpetrators are only four of the 360 species (great white, oceanic whitetip, bull, and tiger). It is simply a myth that sharks are mindless killing machines. Some species are highly social and demonstrate problem solving skills, curiosity, and play.

Some species of modern sharks reached their current form about 100 million years ago, in the age of dinosaurs. Species come and go (for mammals, the average species lasts about a million years), but the sharks have remained. The basic, gorgeous design has clearly stood the test of time.

We dove with Stuart Cove’s dive operation, which was generally well run with cheerful young dive leaders and staff. Sally and I did ten dives and all. Gabe and Jocelyn were not certified divers, but after refreshing on their skills with a resort course, they came with us on four dives with an instructor, a smart, well-travelled (including a stint diving in Mozambique, which she recommended highly), and good-humored young Englishwoman named Ruth.

Gabe and Jocelyn at the start of a shark dive

The climax of our diving was Thanksgiving day, when we did an area called Runway Wall, where Sally and I swam at about 70 feet (with G and S shallower) along a wall that goes down to a depth of 5,000 feet. Beside us, in front of us, and behind us were reef sharks. I counted 15. At times they swam quite close (inches), coming up on us from behind, or heading straight for us. We also got to within a few feet of a large sea turtle (probably a loggerhead), and saw a few Atlantic spadefish, a spotted drum, a spotted moray eel, and a Goliath grouper, along with many smaller fish.

After a surface interval, we descended again and sat in a circle in a sandy area. One of the staff, Rich, had donned a chain mail body suit, hood, and gloves, and brought down a cage with chum. The sharks increased in number (perhaps 20-25 showed up), and began swimming faster and closer to the cage. Rich would take a thin metal pole, spear a steak-size piece of chum, and whip it upward quickly, and the closest shark would instantly bite and swallow it. Rich would position himself in front of each diver and do some feeding while the staff took photos and videos.

I had mixed feelings about feeding sharks (or any wild animal), out of concern that it might lead to dependency or otherwise disrupt the ecosystem. I also wasn’t crazy about the emphasis on photography. But in the end I put those ideas to one side and was simply overwhelmed by the experience: about 50 minutes of a close encounter with prehistory. The distance between us got down to zero (I was bumped a few times). After a few minutes, I began to distinguish individual differences among the sharks. One had a mouth that gaped on one side, another had a fish hook in his back. They would swim in lazy circles, and then suddenly accelerate toward the food, sometimes colliding. All told, I was deeply moved by their power, grace, and beauty.

We did not dive on our last day before flying home to decrease the risk of decompression illness. We spent much of the day lounging on the beach or by one of the pools reading our various books. It was windy, sometimes cloudy, but sometimes sunny. It was lovely to see our kids reading for hours. I used to worry that they’d end up as hopeless TV addicts. But they didn’t!

I began rereading Swan’s Way, this time in a translation by Lydia Davis. Many years ago, I read the entirety of Remembrance of Things Past, and have from time to time returned to sections of it, but the length of the work is daunting in these frantic times. I found the Davis translation much more graceful and lively than the Moncrieff and Kilmartin. It may be that accumulating more life experience makes the book itself better. In any event, I was struck once again by the strange hypnotic beauty of the prose.

For the first time, I saw how the apparently casual, improvised sound of the early part of the book includes a lot of delicate prefiguring of people and events that will gradually come into sharp focus. There is so much richness in the book. It makes us realize how rich our own lives can be in perception and feeling, and makes us want to use our memories and our eyes, ears, noses, touch, and taste buds better. But it is not a self-help book; there’s something magical about it. I had the odd, strong feeling as I was reading that the book was my own consciousness coming into being. Of course, it’s only a novel — or is it? 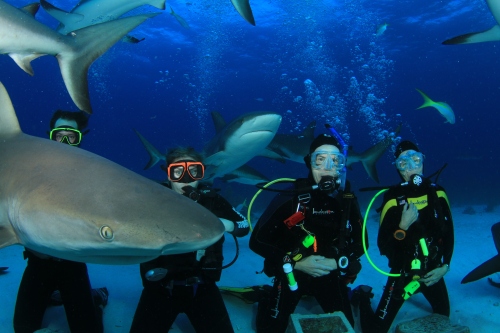