Farewell and thank you, Steve Jobs 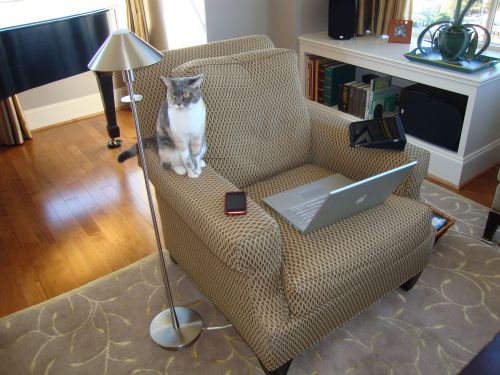 Appropriately enough, I got the sad news of Steve Jobs’s death from one of his devices. I was at home reading the news in El Pais on my MacBook Pro, with my iPad on one arm of the easy chair tuned to a Spanish-English dictionary and my iPhone on the other arm. (My iPod was recharging.) I don’t consider myself a huge Apple fanboy, but I cannot deny that these devices are marvelous and delight me every day. And so, like millions of others, I have a life that was changed in a positive way by Steve Jobs.

Jobs was just five months older than me, which brings to mind more-than-usual intimations of mortality. His killer, pancreatic cancer, was the same that killed my mother, so I’ve known for years that it’s a bad one. After her diagnosis, she was gone in four months. Watching Jobs’s string of successes over the last five years, I’ve been amazed at his tenacity and courage. Knowing that death was staring him in the face, he just kept on creating. This was one tough hombre.

Driving home the next day, I heard an excerpt on the radio of his 2005 Stanford commencement speech in which he set forth the following test. Every morning, he said, he asked himself, if this day were his last, would he want to spend it doing what he was planning to do. If the answer was consistently no, he changed course. I almost believe it. In any case, it’s courageous to attempt it.

A bit more of his remarkable Stanford speech:

“No one wants to die. Even people who want to go to heaven don’t want to die to get there. And yet death is the destination we all share. No one has ever escaped it. And that is as it should be, because Death is very likely the single best invention of Life. It is Life’s change agent. It clears out the old to make way for the new. Right now the new is you, but someday not too long from now, you will gradually become the old and be cleared away. Sorry to be so dramatic, but it is quite true.

“Your time is limited, so don’t waste it living someone else’s life. Don’t be trapped by dogma — which is living with the results of other people’s thinking. Don’t let the noise of others’ opinions drown out your own inner voice. And most important, have the courage to follow your heart and intuition. They somehow already know what you truly want to become. Everything else is secondary.”

In the Stanford speech, Jobs tells of taking a calligraphy course after dropping out of Reed College, and then a decade later finding that what he’d learned gave him direction in designing the first Mac. He clearly thought like an artist — perhaps even more than like an engineer. He’s quoted in the NY Times obit as saying that great products were a triumph of taste, of “trying to expose yourself to the best things humans have done and then trying to bring those things into what you are doing.” Amen.