The end of fall, a photo contest, a piano event, and considering impeachment

The fall colors have faded here in recent days, and the trees have dropped most of their leaves.  Most mornings I stood in the cold by Shelley Lake with my camera waiting for the first light and the birds. A few minutes after sunrise, the Canada geese took off with much honking and splashing.  For a few minutes, the calm water reflected the forest colors. Every so often, a bald eagle swept over the water, probably looking for a fish, but not catching one when I was looking. The great blue herons changed fishing spots every ten or fifteen minutes, while flocks of ring billed gulls wheeled about.  I enjoyed watching the birds and got a few shots I liked, which are here.

I’ve been looking at a lot of nature photography as part of the Carolina Nature Photographers Association annual members’ choice contest, which I entered this year.  I certainly learned something in the process of choosing and polishing a few images, and am learning more from reviewing hundreds of competing landscapes, wildlife shots, and macro subjects.  It would be gratifying to place in this competition, but I’m not counting on it, since there are quite a few excellent images that could arguably be viewed as the best.

I also learned some things from my first piano performance at Presto, a group of amateur pianists that regularly play for each other in members’ houses.  While playing the piano has been one of the joys of my life, I’ve had few opportunities to share the music that I’ve loved with people who feel similarly.  I’ve viewed engaging with Chopin, Liszt, Debussy, and others primarily as music therapy, bringing me happiness and sanity.  But music is inherently social, and sharing it is important.

The Presto group in Raleigh includes some nice people who enjoy classical music and play at various levels, including some who are highly accomplished.  I felt some trepidation as I took on a fairly demanding piece, Chopin’s Nocturne in D flat, Op. 27, No. 2. But preparing helped me see some new aspects of it.  The actual performance was not entirely fun. At one point I felt like the hands attached to my arms were not my own, and they were not playing my best. But it wasn’t a disaster, and I appreciated several kind words.

Meanwhile, I’ve been following the Trump impeachment proceedings with a particular question in mind:  what is the deal with Republican leaders? For my friends who are occupied with matters more important than American politics, here’s the nutshell from the new House impeachment report:

The impeachment inquiry has found that President Trump, personally and acting through agents within and outside of the U.S. government, solicited the interference of a foreign government, Ukraine, to benefit his reelection.  In furtherance of this scheme, President Trump conditioned official acts on a public announcement by the new Ukrainian President, Volodymyr Zelensky, of politically-motivated investigations, including one into President Trump’s domestic political opponent.  In pressuring President Zelensky to carry out his demand, President Trump withheld a White House meeting desperately sought by the Ukrainian President, and critical U.S. military assistance to fight Russian aggression in eastern Ukraine.

As my friend, Michael Gerhardt of UNC Law School, said (roughly), if Trump’s conduct is not impeachable, nothing is.   His written statement is here.   Key comments from the other testifying law professors are here.    On Friday a group of more than 500 law professors issued an open letter supporting impeachment.

And the key facts really aren’t in dispute.  But Republican legislators are, at least publicly, united in support of doing nothing.  Trying to fathom what may be in their heads, I’ve considered various motives, but the most persuasive to me is fear.  Cory Booker mentioned this in a podcast interview with David Remnick a few weeks back.  Asked to explain why his Senate colleagues didn’t speak out, he said they were afraid.

I think what Booker meant was that they feared that their careers would be destroyed by Trump forces if they departed from Trumpism.  But there may be a related and deeper fear:  being separated from the tribe.

For social animals, including humans, the need to be part of the tribe, herd, or flock is fundamental.  The individual cannot survive except as part of the group. Members of the tribe will tolerate bad leadership, as long as it’s not as bad as the highly risky alternative of isolation.

Of course, people do sometimes leave their tribes, and tribes splinter and re-form.  The really interesting question is how bad does it have to get?  In particular, what would the Trumpians have to do to exceed ordinary Republicans’ boundaries of tolerance?   I would have thought that subverting U.S. foreign policy for personal gain would qualify. But then again, I used to think that obvious fraud (like Trump University and the Trump charity), encouraging racist violence, bragging about sexual assault, and separating immigrant children from parents each would each be more than enough.  And that’s before we get to the attacks on the free press, undermining our traditional alliances like NATO, supporting recognized enemies like Russia, and threatening nuclear annihilation.  The list goes on.

So it’s really hard to say.  But I’m trying to keep in mind that, even if we go over the constitutional cliff, it’s not because the Trumpian legislators are evil.  They’re just humans. And they might be persuaded to change course. That means it’s worth continuing the conversation. 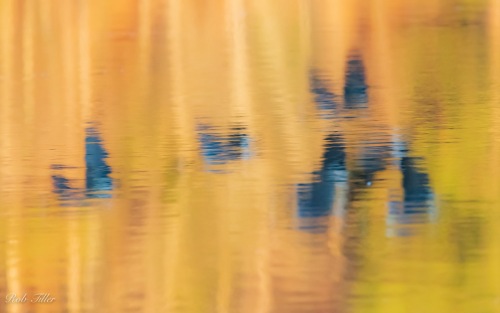