Ereading about our bizarre President in Fire and Fury, and testing my new camera

Wow, is it cold out there!  Raleigh didn’t get much snow this week, but was expecting to set a new record for sustained low temps.  Instead of my usual Saturday walk in one of our forests, I hunkered down and worked on getting to know my new camera, and took some pictures from and around our apartment.

As I mentioned last week, due to a late night mental fog I left my iPad  on an airplane, and asked the American Airlines bot to please find and return it.  It has not done so so far, and I’m not feeling optimistic.  It would be hard at this point to lower my expectations as to customer service  from AA, so I’ll just note that they’re staying extremely low.  AA bot, if you’re reading this, I promise to post an appreciative remark if you return my device.

That iPad was my primary ereader, but fortunately, I also had my current books on my larger iPad pro.  I got the larger device primarily to use for downloading and reading piano music, since the larger size is helpful in reading two or more staffs covered with many notes.  The big one doesn’t feel as comfortable sitting on my lap, but it certainly works.

It was an exciting week in epublishing, with the best-selling release of Fire and Fury, by Michael Wolff, a whiz bang account of Trump’s first year.  Jocelyn, working in ebook production at Macmillan, was part of the team that got the book out on an accelerated schedule after Trump’s lawyers sent a threatening letter.  She texted me a heads up that this could be big, and after reading the published excerpts, I agreed. 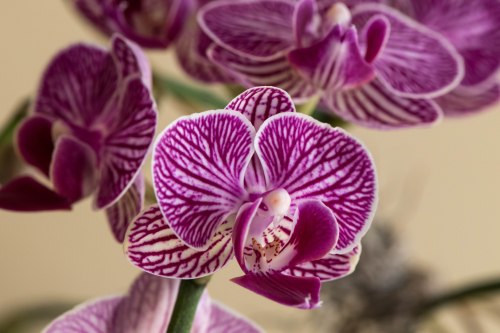 You might suppose, as I did at first, that we really don’t need to read a book  about Trump, since we’ve read so much, and he really is not complicated.  But even for those of us who follow Trump reporting closely, there is just too much to fully take in.  All those oddities, shocks, and outrages form a constant and seemingly endless barrage.

Instead of facts and logic, he emanates juvenile absurdities.  It’s hard to engage his “ideas” with ordinary rationality, and so we have a lot of extreme emotions, from fear, to rage, and sometimes helpless laughter. Our heads have been getting  slammed hard, like football players badly overmatched, and we have trouble getting oriented and making sense of it all.

Anyhow, I downloaded the ebook of Fire and Fury and started it yesterday.  Sally, with her iPad Mini, turned out to be reading it, too.  Jocelyn and Kyle, and no doubt many thousands of others, are doing the same.  The right-wing propaganda apparatus is desperate to undermine Wolff, and I don’t count them out, since they’re really good at what they do.

But I expect that the book will help a lot of people who have been giving Trump a benefit of a doubt to see that that was a mistake.  And perhaps the powerful politicians who, with full understanding of his unbelievable and dangerous incompetence, have supported Trump will be shamed into changing course.

These pictures were taken with my new Nikon D850.  It’s a recently released FX digital camera with some remarkable capacities, like a large sensor with 45.7 megapixels, shooting at 7 frames per second, and ISO up to 25,600.  These specs suggested a long step forward in photographic potential, so I stopped in at B&H in New York in early November to test the beast.  I liked the ergonomics, and proposed to buy one.  They kindly said they wished they could help me, but could not.  It was on backorder for the foreseeable future. The same turned out to be true for Peace Camera, my friendly local camera shop. 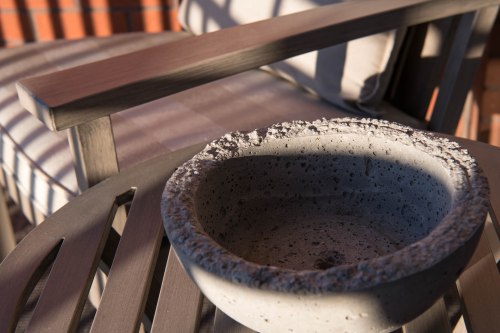 On our balcony, a cold sunset

I finally got the D850 this week.  From first impressions, the image quality is fantastic, and it has many helpful conveniences, like a large viewfinder and a vivid touch screen that folds out.  It can also be operated remotely with a smartphone.  It’s  a complex tool and I expected a substantial learning curve, but happily, most of the controls and system menus are organized like my trusty Nikon D7100, so it’s not overwhelming.  The only negative I’ve found so far is no surprise:  it’s  noticeably bigger and heavier than the D7100.  A silver lining:  it will make me keep working on my upper body strength.

Rebuilding after the big fire

Our view of the big fire in Raleigh 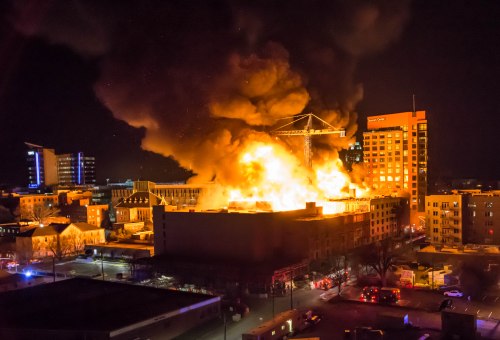 On Thursday night a massive fire consumed a large apartment building under construction just a block from us. We heard a lot of sirens at about 10:00 p.m., and stepped out on the balcony to have a look. The fire spread quickly through the wood framed structure, with flames rising several stories, and a huge black cloud of smoke.

I hate to admit it, but even as I was starting to process that this was a major disaster, I also felt excited.   It was a thrilling sight, the flames glowing and surging.  But it was also horrifying, so much destruction.  I thought of the many Hispanic guys I’d seen heading to the construction site at sunrise, and all their hard work.

I didn’t think much about the dangers initially.  I assumed that at that time of night it was unlikely anyone was on the premises. (As it turned out, there was no loss of life.)  But as the fire continued, we saw windows in the neighboring Quorum building starting to break from the heat, and smoke coming out of the adjacent Links apartments 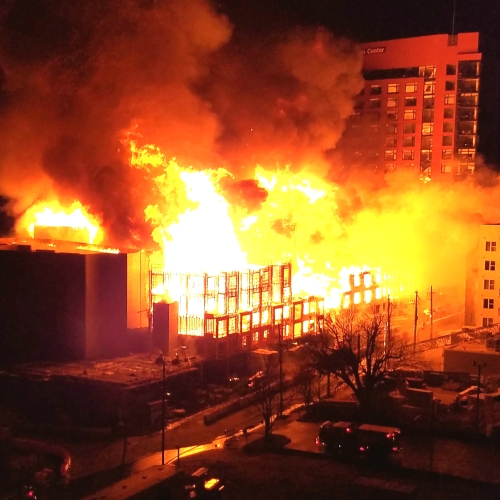 It got really hot on our balcony, and a few embers almost made it here.  When we saw the tall construction crane burning. I started to wonder if there was fuel that could explode on the site, and started to worry about getting hit by flying debris. I stopped taking pictures and we stepped inside, just before the crane tilted and collapsed. We watched as it fell across Harrington Street, missing the Links apartments and instead hitting an adjacent low commercial building.

After about an hour, most of the structure was gone and the flames were weakening. The firefighters moved in and started hosing down the borders of the site. Ambulances showed up to treat some of them for smoke inhalation.

The next morning, the site was still smoldering. The firefighters were still working, and several groups of other disaster response workers were on the site, with many vehicles. Sally got a visit mid-morning from a police officer, who said that arson was suspected, and asked if we’d seen anything suspicious (which we hadn’t). 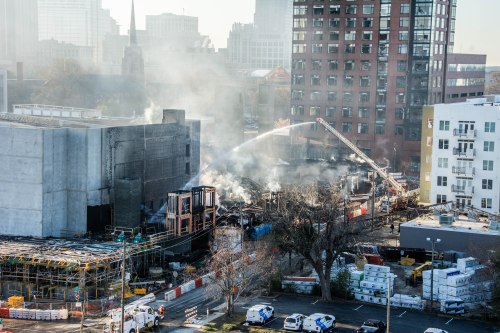 We lost electricity briefly, and were without internet for a couple of days. Otherwise, we weren’t physically impacted, but we were shaken. The physical world, which ordinarily seems pretty stable, seems much less so.  Things are pretty fragile, and can come undone so quickly.