A New York reunion, including some U.S. Open tennis 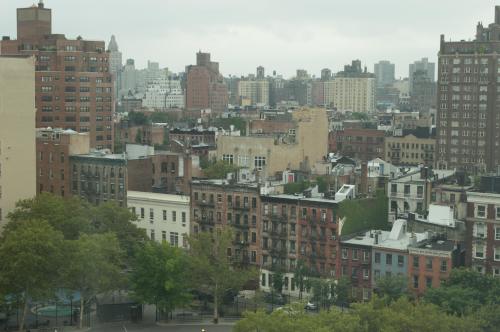 Our view looking southeast from the Ganesvoort

Jocelyn just became an official New Yorker, having found and furnished an apartment in Brooklyn and gotten hired for an entry-level position producing ebooks for McMillan. Hurray! For a long Labor Day weekend, we went up to see her. Gabe flew out from Telluride, and the four of us convened at Ganesvoort Hotel on 9th Avenue and 13th Street.

The meatpacking district was a lot grittier when we lived in New York in the early 80s. Now there’s hardly any grit, but there are lots of beautiful people. While we had drinks on the sidewalk in front of the Ganesvoort, we observed many young women with long hair and very high heels. Black is the color of the moment. We had a lively dinner at Luna in Little Italy. 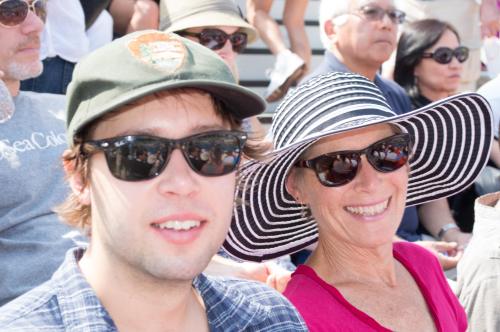 On Friday, Sally, Gabe and I took the subway to Flushing Meadows, Queens and spent the day watching some of the U.S. Open. Our grounds pass entitled us to go everywhere except Arthur Ashe stadium, and there was plenty to see. At one point we saw Federer practicing next to Nadal, while a few courts down number four Ferrer was working up a sweat. Nadal’s ground strokes were really powerful — to the point of scariness. 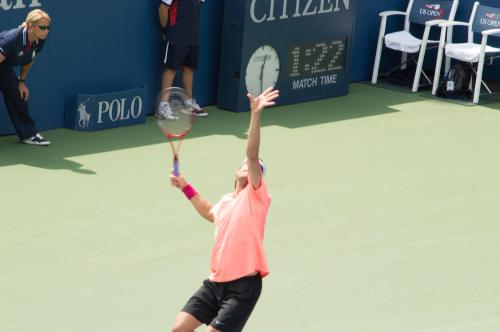 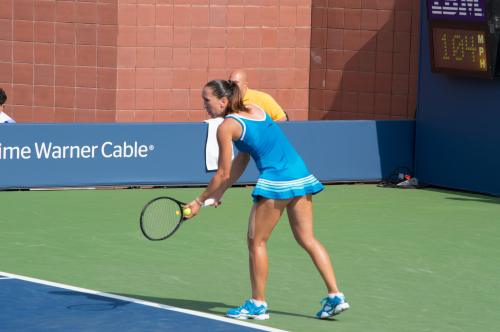 We saw Tommy Haas play well and win a match against Yen-Hsun Lu. We also saw part of a good match between Jelena Jankovic and Kurumi Nara, both of whom were strong. Jankovic barely won. The other highlight was a doubles match between the world’s top ranked team of Errani and Vini and Hingis and Hantuchova. Martina Hingis is attempting a comeback, and she looked credible, but the Italians were too much for her team. 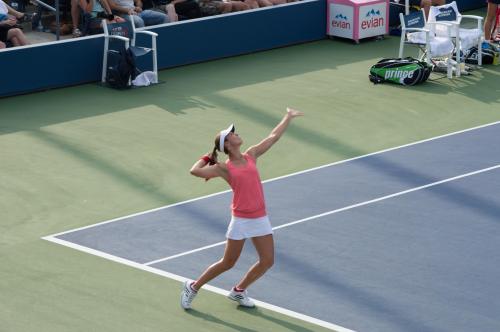 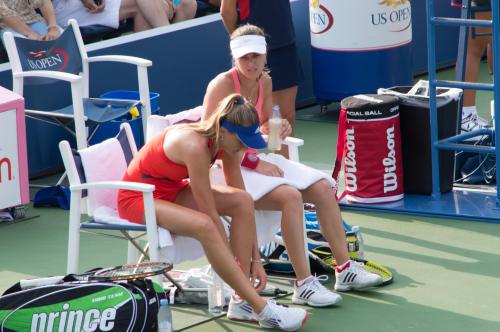 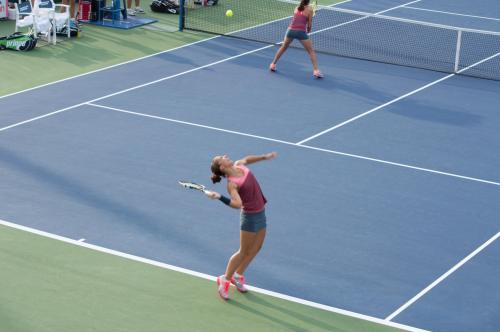 On Saturday we took a walk on the High Line, an elevated rail line along the west side that’s been converted into a pedestrian walkway. It’s become a tourist attraction, which meant it was crowded, but still fun to see some new perspectives on the city. We had lunch in a Korean restaurant on 32d street, where every other business seems to be a Korean restaurant. That evening we celebrated Jocelyn’s new job with a dinner at Raoul’s, which was excellent. 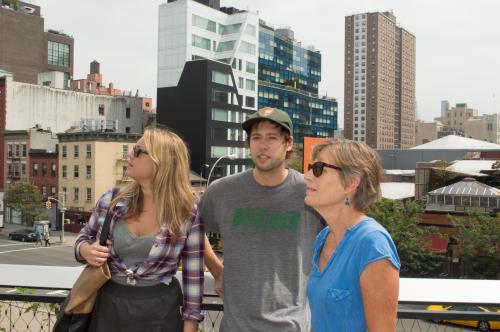 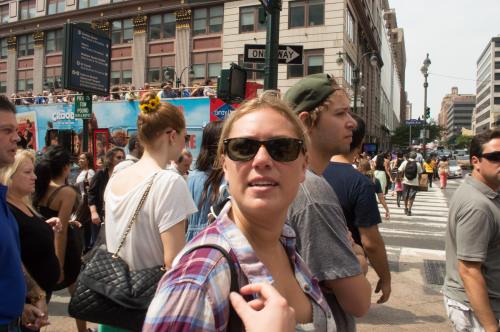 On Sunday we walked through the Village and SoHo in the morning before Gabe and Jocelyn woke up. We found a lovely little community garden called LaGuardia Corner Gardens. 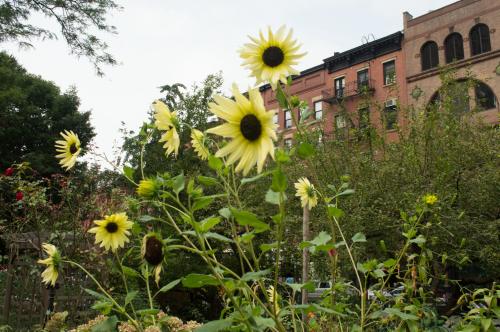 In the afternoon we took the subway out to Brooklyn and walked through Williamsburg to the waterfront. Then we walked over to Jocelyn’s place in Green Point. These areas have become quite hip and lively. We were all happy to see Jocelyn on her way. 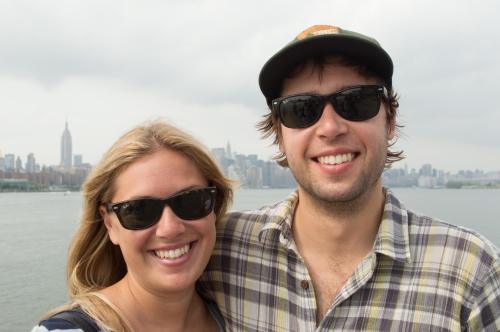