Sleeping trouble, adieu to RBG, and picking the lesser of evils in Trumpworld

I heard on the news last week that a lot of people are having trouble sleeping these days, and thought, me too!  My insomnia seems to be getting worse, though it’s nothing new, and over the years I’ve learned to make the best of it.  Lately when I wake up at 2:00 a.m., I’ve been watching YouTube videos of gifted pianists playing Chopin and Liszt, which are stimulating, but in a soothing way.

There are so many things to feel anxious about that just listing them makes me anxious, so I won’t.  I can scratch from the list the worry that Justice Ginsburg might not survive until 2021, since yesterday she died.  I met her when I clerked at the D.C. Circuit, where she was then an appeals court judge, and found her pleasant, though quiet and in no way charismatic.  Only more recently, from the documentary RBG, did I realize that in her quiet way, she was an extraordinary person, who devoted her life to justice and did a lot of good for our country. 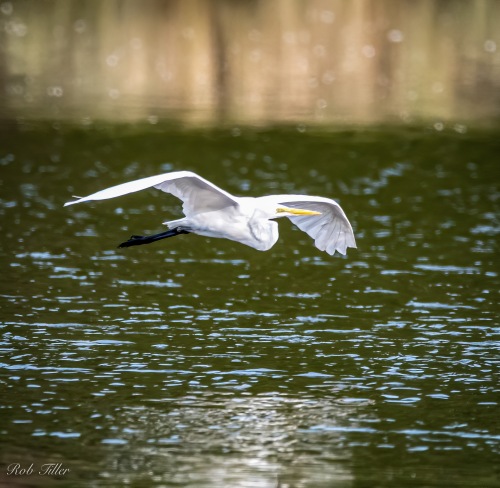 What will the Republicans do now?  The thought of a Justice Bill Barr, Justice Stephen Miller, or Justice Roger Stone is more horrifying than another Justice Federalist Society Ideologue, but they’re all horrifying.  Is there some chance that a few Republican senators will feel enough civic responsibility and/or shame to put off confirmation until after the election?   We can only hope.

Even if we didn’t face the strong possibility of an even more politicized, reactionary Supreme Court, we’d still have big problems.  We’re at a crossroads of American history, and I’m seriously worried that democracy as we know it is at risk.

Although I have nothing good to say about Donald Trump, I’m not profoundly worried about him in particular.  In the last two centuries, we’ve had leaders almost as corrupt and unqualified as Trump, and survived.  My sense of dread is more about the new way of engaging with politics that he reflects and inspires.

This came into focus for me last week with an odd op ed in the Washington Post arguing that although Trump had a lot of negatives, he was still the lesser of evils.  The criticisms of Biden were vague, but after a couple of re-readings, I think I got the gist:  Biden’s policies would destroy the republic, because they were liberal ones supported by Democrats.

This was difficult for me to process, because I’ve always thought that liberalism was not a monolith, but rather just one collection of views among many on the American political landscape.  In the 20th century, there were all kinds of political positions in America, from far left to far right, and it seemed normal for people to have different ideas on what were the best policy solutions.  To resolve our political differences, we had institutions, like legislatures, where we tried to persuade others and find compromises.  We agreed to have regular fair elections, where we could get rid of bad players, and the winners could carry on with the democratic experiment.

For me, there was never a time when the Democratic Party seemed particularly wise or enlightened.  Indeed, for more than half a century I’ve watched Democrats participate in a long series of what I thought were terrible choices on business regulation, criminal justice, healthcare, social services, foreign policy, and other areas.  In all of those, it arrived at compromises with Republicans.  Neither party had a monopoly on bad ideas, or good ones.

I thought there was general agreement on this:  that political parties could fumble and sometimes fail, but politics would continue, with the possibility that future compromises would be better.  It never occurred to me to view American politics as a winner-take-all game, in which political opponents were viewed as by definition illegitimate.

So it took me a while to grasp that Trumpism involved a different kind of thinking, with little in common with traditional Republicanism other than the name. But I think I’ve finally got it:  Trumpism at its core is defined not by any policy objective, but by fear and dread of enemies.  And in the political arena, the primary enemy, as they conceive it, is all those to the left of far right — that is, Democrats, and people like me.

Of course, not everyone who supports Trump thinks the same way, and there are surely some who will vote for Trump without intending the destruction of all Democrats.  Still, the thing that drives the Trump movement is not a set of policies or even a value system.  Rather, it’s a strong conviction that Democrats aren’t just ordinary people who happen to have different ideas as to policies.  They are evil.  And very frightening.

Once I understood this, some things I’d thought were plain lunacy started to make a kind of sense.  It seems crazy to deny the reality and effectiveness of science — unless science is consistently supporting Dark Forces that want Us to change Our Way of Life.  Increasingly popular nutty conspiracy theories like QAnon have at their base a belief that politics is not just politics, but a battle between good and evil.  And as everyone knows, there can be no compromise with evil — that is, according to this way of thinking, with Democrats.

If you’re persuaded that Democrats are not just a political party, but rather agents of Satan, it probably seems reasonable to buy more guns and ammunition to defend yourself against them.  It also would seem right and proper to use force against them when they assemble to protest something.

On the other hand, under the Democrats-are-evil assumption, it makes no sense to have free and fair elections.  If you did that, there’s a possibility Democrats might win.  And then we’d be in big trouble!  No, in this new, Trumpist view, to save our democracy and our traditional way of life, we need to have a different kind of election, in which those who disagree with us cannot win.  If they insist on winning, a reasonable response is violence.

For a full on Trumpist, encountering opposition to Trumpism is different from an ordinary political disagreement.  It is treason, or worse than treason — blasphemy!   In this strange worldview, those who attempt to argue that Trump has minor or major shortcomings like, say, lack of intelligence or lack of character, simply prove that they themselves lack intelligence or character.  Those who oppose Trump (that is, Democrats and others),show, by their opposition, that they are wrong and evil.

This is not to say all Trumpists like everything about Trump.  Some do, but some have various criticisms of his manners or certain policies.  But Trumpists believe he is the lesser of evils, because his opponents are really and truly evil.

Obviously I’m putting things a bit strongly, and not trying to address every individual variation.  Again, I don’t think every Trump supporter is this extreme.  I realize that there are a minority of them who are willing to have a sincere, good faith political discussion, and who are willing to allow that political opposition can be legitimate.  I’m always on the lookout for those, and happy to have more discussions with them.

But there’s really no point in attempting to have a discussion with an extreme Trumpist.  They are not willing to listen to anti-Trumpist ideas, and may react violently.  If they’re carrying weapons, I advise keeping at a safe distance.  If we’re going to continue the American political experiment, we’ll need to get back to basics.  First of all, Democrats and others who still believe American democracy is worth preserving need to vote.