I managed to get up early three mornings this week to spend some time with the birds of our area, including these bald eagles, great blue herons, and ospreys.  The birds weren’t doing anything special — just living their lives. But it was especially heartening in this perilous time to get their orientation — intense, with all the senses open, and prepared for the next opportunity.

This week Sally got me a coronavirus mask that had been sewn by the tailor at our dry cleaners.  It’s green and looks, well, strange. I’m starting to wonder whether we’ll be getting used to not seeing much of each other’s faces.

As the pandemic and the stay-at-home order continue, we’re trying to make the best of things.  One good thing is finding time and energy to try new projects. This week I finally got around to one I’d been meaning to do for a while:   making non-dairy cheese.

I’ve known for some time that dairy products involve heart-breaking cruelty to cows.  Like other mammals, mother cows feel intense attachment to their young. The reason they make milk is to feed their babies.  Factory dairy farms get them to make more milk by a cycle of artificial impregnation and stealing their calves immediately after birth.

The mothers cry out for their missing calves and grieve. Confined in small spaces, they are fed unhealthy diets that often include hormones and steroids.  Their natural life span is around 20 years, but on factory farms they are too exhausted, sick, or injured to keep going after 5 years. So they are killed to make hamburgers.

Some time back, Sally and I started finding good plant-based substitutes for milk — soy, cashew, almonds, oats.  Quitting ice cream was challenging, for obvious reasons, but we’ve recently discovered some delicious non-dairy substitutes — Ben & Jerry’s, So Delicious, and Nada Moo.   But it’s been hard to give up the deliciousness of cheese. We’ve had good plant-based cheese substitutes in restaurants, but haven’t seen them in our grocery stores. If you’re looking for a business opportunity, there’s a business idea, which you’re welcome to steal.

In the meantime, I tried a friend’s recipe for non-dairy brie, the main ingredient of which was cashews.  It took some work, and I nearly burned out the blender motor, but the result was pretty good. I used fresh herbs — rosemary, sage, and chives.  It tasted a lot like brie, but the consistency was more like a dip. I may have done too much blending. Anyhow, I’m planning to give it another shot soon. 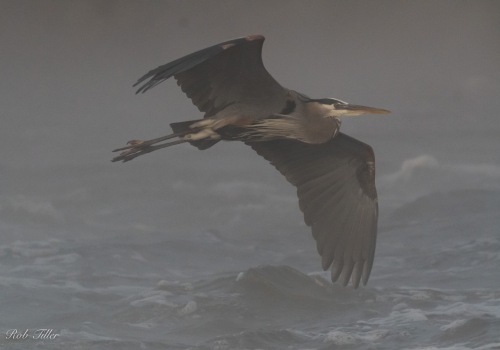 I just finished reading Jonathan Saffron Foer’s recent book, We Are the Weather:  Saving the Planet Begins at Breakfast. It’s a book about the relationship of factory farming to climate change and to us.   Foer reviews the facts, including the fact that animal farms are a major contributor to global warming. He thinks that we need to take whatever action we can as individuals to combat the developing catastrophe of climate change.  Recognizing how deeply habituated we are to eating meat, he proposes that if we can’t quit entirely, we try eating it only at dinner.

Foer is a fine writer, and I was heartened by his good sense and good-heartedness.  But I agreed in part with Mark Bittman, the NY Times reviewer, who said that hoping to save the planet by giving people good reasons to change their habits is probably not going to work.     Old habits die hard, especially when they’re constantly reinforced by the advertising of agribusiness fighting for its accustomed profits.

Bittman recommended a piece by Bill McKibben that was in the New Republic in 2016 titled  A World at War — We’re Under Attack from Climate Change, and Our Only Hope Is to Mobilize Like We Did in WWII

The war metaphor is not a new one, but it is still apt.  McKibben points out that if Hitler had been wreaking havoc on our cities with firestorms, hurricanes, droughts, and floods, we would have seen the necessity of mobilizing to fight back.  As McKibben recounts, in WWII the US mobilized in just weeks and months to make bombers, ships, tanks, and other weapons under the direction of the federal government. He argues that we’re going to need that sort of leadership to head off complete disaster.

One benefit of the pandemic is that it is helping us get a new understanding of what a real crisis is, and how we can’t just do nothing.  That may help us understand the need for government leadership on climate change. The idea that markets alone will solve our current problems is not going to work, and the political leadership now in place is not going to work.

The TImes reported this week on new research on the threat of climate change to animals.  The scientists found that the risk of mass extinction is much closer than previously thought, with thousands of species at risk beginning in the next decade.  The study emphasized that this is not inevitable, if we take dramatic action soon.

At the same time, the pandemic has brought into focus the precarious situation of working people.  With businesses shut down, no jobs, and no savings, having food and housing is no longer a given. Pending getting new leaders and a compassionate safety-net system, we’ve been trying to do some extra giving for food and other necessities.

The latest:  Sally discovered the National Domestic Workers Alliance, which is raising money for domestic workers who have no other resources.  It’s a great time to help workers whose job is helping others and who can’t work from home.