New bird views, meditating for health, and the Trumpian take on liberals

With the chilly and rainy weather this week, I didn’t get out for any nature photography.  I missed seeing the birds, but was glad to have some extra time to experiment with photo processing. I’ve been improving my Lightroom and Photoshop skills, and learning how to use Nik, Topaz, and Luminar software.  Along with various failures and frustrations, I’ve discovered some new possibilities.

These images are revisions of recent shots.  When I first made them, I was excited to be able to see details that were generally invisible to the human eye.  Looking at them again reminded me of the joy of just looking at the birds and sharing their world.  Trying out new software tools to the images made me look at the animals in new ways.

Like most everyone, I generally think of reality as fixed and solid, though I also try to keep in mind that there are other ways to think about it.  Along that line, I’m currently reading Something Deeply Hidden: Quantum Worlds and the Emergence of Spacetime, by Sean Carroll. Carroll is a research professor of theoretical physics at CalTech.  He gives a lively account of the main ideas of quantum theory, including the mind-bending oddities, such as entanglement (particles affecting the behavior of distant particles).

For all its remarkable theoretical and practical achievements, Carroll admits that quantum physics is incomplete, lacking in a broadly accepted paradigm.  He is supportive of the Many Worlds theory, which holds that the best explanation of quantum phenomena is that our universe is only one of a great many. I’d thought that Many Worlds was some sort of game for deep science nerds, but he convinced me that it’s more than that.

More research is required.  Anyway, along with our enormous universe, there could be many others, some with beings like us that we can never communicate with.  That seems less farfetched after experiencing the polarization of US politics, and most recently the Trump impeachment hearings.

Watching Republican legislators last week was, for me, surreal.  Asked to address hard evidence that Trump had acted in direct opposition to US policy on Ukraine in order to benefit himself, they tried various maneuvers, including objecting to procedures, talking about conspiracies, and babbling and shouting incoherently — seemingly anything to avoid the issue.

I couldn’t watch for long — it was just too painful.  But I saw enough to conclude that these Republicans had very strong feelings.  They were very emotional. I had been assuming that they were cynical hypocrites, with little regard for the public interest or much of anything other than their own selfish interests.

But their anger seemed sincere.  So I decided to work with the assumption that they sincerely believed that Trump had done nothing wrong and was the victim of an evil witch hunt by liberals.  I wondered how, in spite of a mountain of evidence pointing in the opposite direction, such a belief could arise.

Part of the story is surely Trump’s attacks on the mainstream press.  By calling every report that is unfavorable to him “fake news,” Trump seems to have thought that he could create doubt and confusion about facts that were otherwise uncontested.  And, amazingly, he may have been right.

I originally assumed that no thinking person would buy the fake news idea.  After all, Trump has such a long record of compulsive lying on matters large and small that the most reasonable assumption about his latest statement is that it is false.  He also reflexively resorts to the schoolkid move of flipping any attack, as in, “You can’t say I’m a bully — you’re the bully!” As his preferred “news” organ, Fox News, beams out praise for him and attacks on his opponents without regard to reality, it makes a kind of Alice-in-Wonderland sense that he’d call all other news “fake.”

The traditional media has struggled to survive in an online world, with newspapers closing left and right.  But other than the Trumpian claims, there’s no reason to think that our long established and respected media organs, like the New York Times, Washington Post, and Wall Street Journal, have switched from their traditional business of reporting on actual events in a relatively balanced way to just making things up.  The charge of fakeness generally comes with no back up evidence or proposed corrections.  But the claim of “fake news” seems to really resonate with Republicans.

Why?  I have some ideas.  First, there’s the information bubble.  Our online world has made it easy to surround oneself entirely with information sources that fit one’s own preferences and biases, and avoid any contrary information.  Fox News has been a trailblazer in the dark art of stylish disinformation, while Facebook, Twitter, and others have enabled the creation of alternative realities.

At the same time, human thought processes are far from reliable.  Our brains are generally subject to confirmation bias, which makes us tend to believe what fits with our prior beliefs.  We avoid cognitive dissonance, or information that calls into question those beliefs.  We are prone to mistakes based on our likes and dislikes.  We’re also inclined to think whatever the tribe says we should think.  Even with the calmest, most rational among us are subject to these tendencies.

And Trumpism does not encourage calmness and rationality.  It encourages fear and anger. Trumpism sounds the alarm as to various non-existent threats that are declared to be dire:  hordes of brown-skinned people invading across the southern border so they can rape and pillage and take over jobs, minorities that are predominantly criminals, child molesting gays, secularists destroying traditional religion, Jews, etc.

But the most dire, most hated threat in the Trumpian universe is liberals.  This is so bizarre that it took a long time for liberals to see it.  Liberals thought they were engaged in ordinary life and politics, in which having diverse views was normal.  That is, liberals thought of themselves as normal people, and of Trumpian Republicans as basically normal people who just disagreed with them.  Liberals assumed the feeling was mutual. 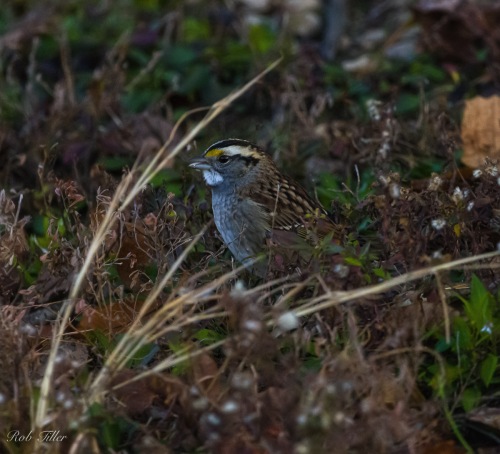 That turned out to be wrong.  In the Trumpian world view, liberals are not just ordinary political opponents.  They are a threat to the social  order and basic values. They are subhuman animals. They are evil.

As Michelle Goldberg recently pointed out in a good op ed piece, Trump treats liberals as “the enemy” and subjects them to a constant barrage of dehumanizing propaganda.  Liberals are “scum.” Repetition and amplification by Fox News and its allies fills the Trumpians’ information bubble.

So the Republican legislators’ recent behavior — the lies, the insults, the shouting — probably seems to them well justified.  Fearful for their careers and their tribe, they feel that they’re under violent attack and must defend themselves.  For them, facts that implicate Trump are ipso facto just “fake news.” Those who say otherwise are evil liberals.

When we get excited or scared, it’s much harder to think reasonably and to be our best selves.  This is one of the reasons I spend some time every day doing mindfulness meditation.  It settles me down emotionally. It also helps in understanding more about how the mind works, and recognizing that it is just the mind.  For a timer, I use a free app called Insight Timer,  which also has a collection of good instructive talks.  I’ve also benefited from the guided meditations from an app called Calm.